The so-called domestic terrorist has a name.  Charles Alan Wilson.  He lives in Selah, Washington, a place people go to retire and get away from society.  Unfortunately, in our electronic age, getting away from society is not always that easy to do.  From Erick’s posting this morning, Bloomberg made the following comment

“Bloomberg later told CBS Evening News Anchor Katie Couric that the suspect behind the bombing attempt could be a domestic terrorist angry at the government who acted alone.

“If I had to guess 25 cents, this would be exactly that. Homegrown, or maybe a mentally deranged person, or somebody with a political agenda that doesn’t like the health care bill or something. It could be anything,” he said.

The words I keyed in on are “If I had to guess 25 cents, this would be exactly that. Homegrown, or maybe a mentally deranged person, or somebody with a political agenda that doesn’t like the health care bill or something. ”  Since this Pakastani guy didn’t refer to the healthcare debate, I assume he was refering to Charles Wilson.  Thats the only story out there that fit’s the profile.
He’s an old crackpot who lives in eastern Washington, who would get tanked up on alchohol, and call Patty Murray’s office and yell at her about the healthcare debate. He might have been bitter about just reaching retirement age, 63, and the The messiah’s raid on Medicare for 1/2 a trillion dollars, or a raid on Social Security for the ‘make work pay’ program for young brats.  I don’t know, I’l just make assumptions like Bloomberg.  Why not, assumptions are where the monies at.

Selah is at the end of an scenic canyon road, which the Yakima River flows through.  I have camped aloong this river many times.  Heading east in the morning, you exit the canyon, and will see a retirement home for people seeking rest, and to get away from the hectic life they lead.  It’s a beautiful spot, with basalt canyon walls on one side, and the river on the other.  Further on, you come to a small farming area.  From it’s name, Selah,  the founding residents were just looking for a place to rest or live a quiet farming life.  They keep to themselves.

Like every other place, it has it’s crackpots and conspiracy theorists.  Seattle has them, New York has them.  Some are what you would call mentally deranged.  Life deals many hard blows, and most people get little protection from the government.  A few institutions are considered too big to fail, and are given a TARP.  Others are in a Union big enough to get Dem’s attention to be “Stimulated”.  But most people are left to get by on their own, till they reach retirement age.   They have a promise of Social Security and Medicare.  Tucked away in a lockbox somewhere in DC.  But between those times, some people lose it.  Many times I have had to grab my child’s hand and steer around a mentally ill homeless man, living on the street, angry at life, and starting a tyrade at others.  He should really be in a mental institution, but Politicians have other uses for that money.  The mentally ill are not allowed to vote;  groups  classified by the color of their skin and nothing else, can vote.  The elderly can vote too, but they have more experience than most, have seen too much, and are not inclined to vote for inexperienced candidates who want to give them a pill for the pain, rather than life-extending healthcare.

But back to Bloomberg.  It’s an old trick of politicians to gin up a reason that it’s safer for voters to vote for them than the opposition,  because of some distant threat.  WA senators play the damage the pristine environment card on Alaska (ANWR), McCain plays the corruption card on Boeing tankers, Obama plays the Nazi-like round-up card on Arizona. It’s distant enough to safely assume voters will be ignorant of the facts, and shielded from local news. now Bloomberg has his cause-celebre based in Washington State.

By the way, the man was so dangerous, a federal judge released him on a minor bond.  He’s confined to 36,000 square miles, and not allowed to drink whiskey, or carry a gun.  The courts will decide if he should be punished.  The politicians will raise money off it, and alarm the public.  Better to do that, than run on their record of governance.

note: Hickorystick neither condones getting tanked up and abusing senators, or posing as a tea-party group when your really the FBI.
http://www.google.com/hostednews/ap/article/ALeqM5iQsVYi9_rmtJd2DjX20Q-v4wPYIgD9EVLU100 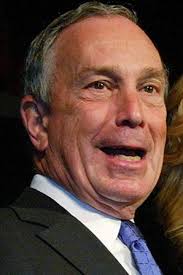 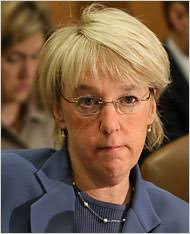