I think I’m getting used to this meme from the Obama Administration. When there’s a problem, they aren’t in charge, period. BP has the lead on the oil leak, Gov. Jindal has the lead on the oil mess, and the MMS Chief quits her post without her boss, Obama, knowing of it. (Personally, if I were a Lib, I’d blame the Duke Mens basketball team for keeping the POTUS from more pressing matters)

Now we have Texas being warned by this Administration to be on the alert for a Somali terrorist that may soon cross their southern border.  That would be the same border state that this Administration has ignored for over a year — ignored their pleas for more border enforcement, more troops on the ground.

Even when you call for help from Obama, it never comes.  It immediately reminded me of that old school Public Enemy rap, “9-1-1 Is A Joke”. Except the joke is this Administration. 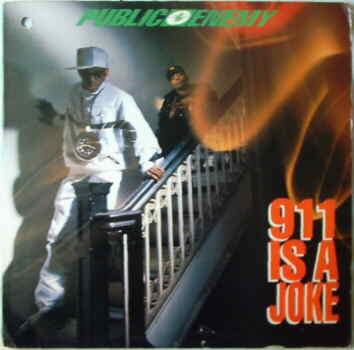 Can I get a remix? Paul Shanklin?

Tulsi Gabbard Calls Out "Police State" Actions by Democrat Party, Urges Americans to Stand Up Against Them
Brandon Morse

WATCH: Pretty Sure Ted Cruz Has Had Enough of 'Arrogant, Out of Touch, Centimillionaire' John Kerry's Crap
Mike Miller

An Open Letter From a Teacher to His Peers
Joe Cunningham

Why Wall Street Is 'Losing Its Mind' Right Now
Townhall
DAAAMN! EPIC thread tears congress a new one by calling them out point-by-PAINFUL-point on why their approval rating is in the toilet
Twitchy
What Happened With GameStop, Reddit, and Some Wall Street Hedge Funds -- and What Might It Mean?
Redstate
The Morning Briefing: Sycophant Press Can't Cover for Biden's Opening Train Wreck
PJ Media