Animated Video: Obama versus Reagan on the role of government 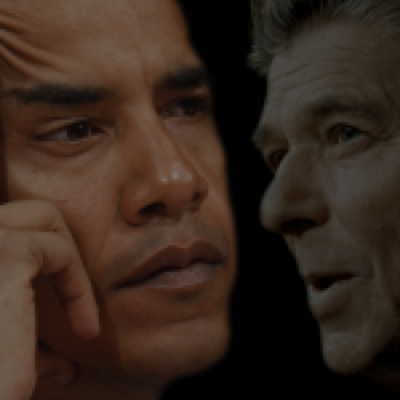 Barack Obama has found a new angle by invoking the name of Ronald Reagan into his rhetoric about government, but what would Ronald Reagan think about that?
And what would Ronald Reagan think about Barack Obama?
I have said it before and will say it again in the months leading up to the 2012 presidential election that the rhetoric and platitudes from Barack Obama cannot cloud the reality of the record that he has created.
Actions speak louder than words!
Watch the video at The Political Commentator here.
Share
Tweet
Tags: 2012 PRESIDENTIAL ELECTION BARACK OBAMA GOVERNMENT RONALD REAGAN
Register Login to Comment
TRENDING

A Group Of Parents Sent Their Kids' Face Masks to A Lab for Analysis. Here's What They Found
Townhall
Washington Post looks into anti-blackness and transphobia in the Byzantine Empire to help us understand the roots of hatred
Twitchy
Joe Manchin Phone Call Leaks and It Has Massive Implications
Redstate
Texans Are Getting Blackout Warnings in June. Why?
PJ Media