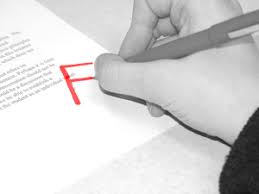 
The employment report released this morning inspired a look at exactly what it is that President Obama has accomplished, or not accomplished over the course of almost one year in office. Although the Democrats will say that whatever has occurred is due to the fact that he “inherited” the problems, it is time to own it. As the shooting yesterday at Fort Hood shows, we live in an extremely dangerous world and healthcare reform is not going to solve our national security issues.

Teacher Comments: While Barack plays well with his international friends and has had no trouble becoming well liked, he demonstrates no urgency regarding any of the real problems facing the country. While outgoing, he does not seem to be taken seriously by his peers. Further, his political considerations seem to usurp national security considerations which could lead to a very bad result down the road. Overall, his failures trump his congeniality successes, and forces the interim grade of F. With renewed focus on dealing with those situations that truly matter to the country, there is definite room for improvement.

Stimulus Package: Unemployment reaches 10.2% with the actual rate factoring in part time workers who want full time work and those who have given up at over 17%.

Foreign Policy: Iran is apparently testing an advanced nuclear warhead design while we give oversight to the IAEA. The deal for Iran to ship fuel out of the country is going nowhere, and as it seems to be off of the front pages it is being ignored by the Administration. Violence in Pakistan and Afghanistan is surging while the decision to provide additional troops has been put off for months with no decision pending in the near future.

Domestic Policy: Total focus on passing a government takeover of healthcare that the American public does not want, at least concerning the Democrat bill. This move towards socialism will further hurt an already hurting economy, and few if any programs run by the government end up being run well. The President is presiding over an environment of partisan politics not seen for a very long time if ever.

Political: Recent losses by Democrats in New Jersey and Virginia governors races indicate a national dissatisfaction with the direction that things are moving.

World Stature: As mentioned before, although President Obama is well liked by his leader friends around the world, he seems to be considered as a President light given the way that his policies are treated. Examples include the giving up of missile defense in Eastern Europe to appease the Russians and receiving nothing promised in return. The Iranians in negotiations seem to consider him to be the second coming of Jimmy Carter, and by not going to the anniversary ceremony of the fall of the Berlin Wall, what message is he sending?

It is the sincere hope of the nation and the world that President Obama renews his focus on the things that truly matter to the country, national security first and foremost, and that his grade drastically improves.

WATCH: Even Mainstream Sunday Shows Slam Biden's Blunders
Townhall
A tip from the 'Red White & Bethune' YouTubers appears to have led authorities to Gabby Petito's body
Twitchy
Democrats Get Big Mad That Republicans Won't Do Their Dirty Work for Them
Redstate
The Australian Nuclear Sub Decision as I Saw It Eight Years Ago
PJ Media