The Afghan Election Is A Fait Accompli: Make A Damn Decision 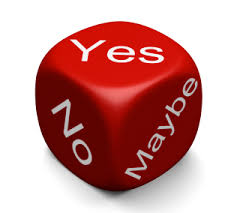 What Will Be The Next Reason To Avoid A Decision?
(TheHill.com) “Gibbs said Monday that the election was only one factor in Obama’s decision making process.

“This decision was not dependent upon when a leader was determined,” Gibbs said.

Obama, who has held a series of meetings with his national security team to devise a new strategy for the region, had hinted that he would not announce a decision until after the Nov. 7 runoff between Karzai and his challenger, Abdullah. Gibbs said he does not know if Obama will make or announce a decision before the president leaves for a 10-day trip to Asia on Nov. 11.”

Decision Time?
President Obama is now running out of excuses for not making a decision one way or the other on the question of whether or not to add additional troops to Afghanistan. He has spent a great deal of time and effort traveling to stump for politicians in danger of losing on election day in what must be the Obama administration definition of a productive use of the Commander in Chiefs time. Forget about foreign policy, war policy or national security. Work to make sure John Corzine can continue doing what he has been doing. Whatever that is.
I have sent much time and ink writing about Afghanistan and Iran, and the topic to some may be getting a little bit stale. Make no mistake. Our policies and position around the world are central to the future of the country. Domestic policy is important as well, but nothing is more important than securing our borders and citizens, and the President and his people seem to be stuck on politics, and partisan politics at that. I would like to see a breakdown of presidential time spent on a daily basis on domestic versus international issues. Of time spent on television or the radio broken down by topic. Would it be healthcare 100%, national security 0%?
If someone could explain to me why 7 meetings with his military advisors have been spread out over months and not days I would appreciate it. The President can summon whoever he wants, whenever he wants armed with as much information as he wants. Could it be that he doesn’t want? That for all of the rhetoric about the importance of the military his actions tell a much different story? The result of the Afghan election, the most recent delaying tactic by the Administration is a fait accompli with Abdullah Abdullah pulling out. Ironically President Obama told Karzai that it are his actions and not his rhetoric that will be telling. Right back at you President Obama.
Seven meetings with the military are done, months have passed, violence, deaths and wounded are on the rise and General McCrystal has provided his expert opinion.
Mr. President: Make A Decision!!!
Share
Tweet
Tags: ABDULLAH AFGHANISTAN BARACK OBAMA FOREIGN POLICY HAMID KARZAI HEALTHCARE
Register Login to Comment
TRENDING