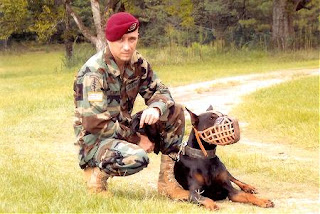 If The President Can’t Speak To The General, No One Can!

“Ideally, it’s better for military advice to come up through the chain of command”, Jim Jones, National Security Advisor
Is The Chain Of Command Broken?

Now certainly President Obama could speak with him if he so desired, but that is obviously not the case. If General McCrystal, whose only axe to grind is winning the war and protecting his troops, wants to his formula for putting our best foot forward in Afghanistan heard, he has to present it himself. In public. Or see it ignored. Apparently, there are other military “experts” at the disposal of the President with even more experience and more desirable points of view then his own.

The chain of command appears to be good for a 25 minute talking to on a tarmac. Was this meeting about strategy, in which case 25 minutes seems a little light? Or was it a spanking for the general going public?

Who Are The Advisors That Have The Presidents Ear?

Well, Nancy Pelosi for one and Rahm Emanuel for another. Then you have a third, less obvious advisor that goes by the name Gallup as in Poll. This is a triumvirate of non-military experience who will try and guaranty different things to different constituencies. The President will get one thing, the military another and the American public and the world yet another.

For the President, the hemming and hawing, the indecision, stalling, pandering to the left, poll watching and desire to be the anti-Bush, will put him, at least for the time being, in a safer political position. It is decision by omission rather than by commission.  His stance does nothing for our troops or national security, but I suppose that is just politics.

Our military on the ground, as evidenced by the ambush and killing of eight soldiers in Nuristan, are up against an enemy that will do anything to advance the fortunes of the Taliban in Afghanistan. The well-documented rift between their commander on the ground and the commander in chief as well as the time it is taking to make a decision on a plan going forward, increases the danger and kills morale. The Taliban reads the papers and watches CNN. They are well aware of the Presidents lack of resolve and ties to the liberal left. They understand that ambushes and the killing of U.S. troops will serve to give the cover to the administration to pull troops out and go to surgical bombing that didn’t work in the past. The end result will be a total Taliban takeover of the country.

Finally, let’s take a look at the impact on the American public and the world community. We know the desires of A-Qaeda and the Taliban. Kill any and all non-believers wherever they are. Use any means at their disposal to accomplish this. Train those who for one reason or another can be indoctrinated into a philosophy by which suicide bombing of innocent men, women and children is not only acceptable, but a desirable way to go. They will turn Afghanistan in a training ground from which attacks will be launched all over the world. They will look to destabilize and already unstable nuclear Pakistan even further. A loss in Afghanistan will mean a much less safe world.

The Problems Are Many

The problems for achieving a good outcome in Afghanistan are many. What we do not need is for the war to be politicized and run from the standpoint of what it is the American public wants, and what decision will in the short-term lead to re-election. The stakes are far to high for that. The world for a long time to come may be defined by the outcome of this war if this war is allowed to turn into a defeat for us and a win for the terrorists.