A Legislative Flip Flop Outrageous Even By Massachusetts Standards 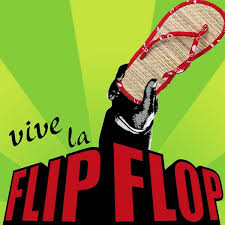 Political Expediency At Its Worst

Back in 2004, when it appeared that John Kerry might be reporting for duty at the White House, the Democrats in Massachusetts feared that Governor Romney would use his powers to name a Republican to the potentially vacant U.S. Senate seat. To prevent this from happening, the state legislature, led by the Democrat majority, instituted a special election instead, giving the vote to the people of Massachusetts.

Fast forward to 2009 where Massachusetts now has a Democrat governor, and the vacant U.S. Senate seat left by the death of Ted Kennedy looms large in the battle for President Obama’s healthcare legislation. With this seat, the Democrats in Washington would have the 60 vote majority (although they don’t have 60 Democrats on board) needed for passage.

When the Massachusetts legislature voted now regarding the giving of the choice for U.S. Senator back to the Governor, it was obvious that many members recognized the hypocrisy and potential backlash. With 16 Republicans in the House the measure passed 95-59, and with 5 Republicans in the Senate it passed 24-16.

Back in 2004 the Democrats in the Massachusetts legislature argued that voters should always fill a Senate vacancy. Today, that sentiment has obviously been supplanted by political expediency. Even for politics, this flip flop purely for political gain should be hard to justify and accept. Obviously not in Massachusetts.

What will Governor Deval Patrick do? Sign an emergency order so that he can appoint a replacement immediately or wait for a January election? You make the call. The ball is in his court and I think that we all know who he is going to throw it to. This type of maneuvering is an outrage.