Maybe Charles Gibson, host of ABC World News Tonight, should start watching some cable channels to find out some of the news stories going on in the world. Either he is living in a dark room, or he just doesn’t want to discuss the story. Either way, this reflects the state of news non-reporting from the mainstream media. 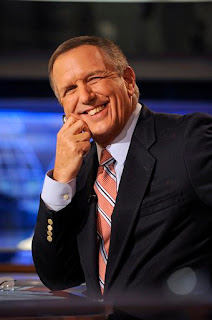 On the Wade and Roma show on 890 WLS Radio in Chicago Gibson was asked the following question, and then had the most incredible response:

Don: “Okay, here’s my news question. A Senate bill yesterday passes, cutting off funds to this group called ACORN. Now, we got that bill passed and we have the embarrassing video of ACORN staffers giving tax advice on how to set up a brothel with 13-year-old hookers. It has everything you could want – corruption and sleazy action at tax-funded organizations and it’s got government ties. But nobody’s covering that story. Why?”

Gibson: “HAHAHAHAHA. HEHEHE. I didn’t even know about it. Um. So, you’ve got me at a loss. I don’t know. Uh. Uh. But my goodness, if it’s got everything including sleaziness in it, we should talk about it this morning.”