Ever Try And Argue With A Liberal 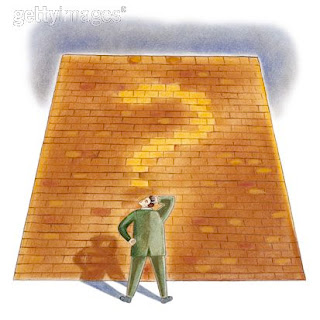 One of my commenters is a man and/or woman who goes by the name Anonymous. Why is this name so telling? By definition, he/she is someone who has thoughts, but who does not want the world to know what those thoughts are. Therefore, hide behind the name. It gives one the opportunity to say things that you would not say if your name was known.

Sounds like cowardice right (or is that left)?. That is true in the majority of instances, although there can be reasons why having your political views known would be detrimental in some real way. I do not believe that this is the case with my Anonymous.

As you will see when you read our give and take below, Anonymous fits the argumentative style of many from the left:

1) Very angry, yet not able to make a sensible argument. Merely name calls and focuses on one consistent talking point.

2) Intolerant, although to hear the left tell it, they are the party of compassion and tolerance.

3) Spewing hate to those who do not agree with them.

4) Hypocrisy (just look up Charles Rangel, Chris Dodd, Barney Frank to name a few): Do as I say, but if you do as I do you will end up in jail.

5) Look back, not ahead (unless looking forward is politically expedient). Brings up past events instead of focusing on the here and now and the future. Much talk of Rush and Bush, but little of our new President and his plans and actions.

“Obama and Healthcare: Rhetoric Or Reality?”

Do you reread the crap you write before you hit the send button. You have one ridiculous, recurring theme. Here’s an idea: Get new material and write your own blog.

That will never happen though, because you have no ideas, and you obviously can’t write.

Keep up the good work. You are a fine liberal representative.

did rush say that? how about answering the questions with answer not another avoiding the reality question?

Huh? You said: “how about answering the questions with answer not another avoiding the reality question?”

Beyond the fact that I don’t understand what you are saying, where exactly in your first comment was a question?

Thanks as always for your participation.

your an asshole..how’s that for participation???????

Pretty much as i expected. Thanks for writing.