The Van Jones Blame Game: It's Not Me, It's Them

From The Political and Financial Markets Commentator, Mike Haltman 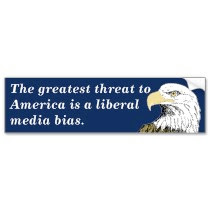 The Art Of Zero Personal Accountability In Washington As In Society As A Whole, Or, Who Can I Pin My Self Created Problems On?

Van Jones: Selfless Patriot? No Apologies! Not His Fault. Blame The Right!

“I came here to fight for others, not for myself,” Jones said. “I cannot in good conscience ask my colleagues to expend precious time and energy defending or explaining my past. We need all hands on deck, fighting for the future.”, Van Jones

Is There Media Bias? You Make The Call!

Inevitably, the American mainstream media – ABC, NBC, CBS, the New York Times, the Washington Post, Time, Newsweek, et al – must be held to account for sitting on the sidelines as this major story kept building without them, went viral on YouTube, and then became so large that a key appointee of President Obama was forced to step down.

But with their decision to ignore the Jones story, they may have actually done Mr. Obama far more harm than good: Who vetted this guy? How did he get past the FBI? What did he say, and how did he answer the infamous seven-page questionnaire that all Obama appointees were required to fill out? Inquiring Freedom of Information Act minds want to know.

For most people in this country, the resignation was the first they had heard of Van Jones. For this sin of journalistic omission, there’s institutional media blame. Bias is too tame a word for the utter shamelessness on display: Only Republican scandals – real and imagined – matter.”

Headlines And Interpretations Of The Van Jones Resignation: It’s Not His Beliefs, Statements Or Actions That Brought Him Down Don’t You Know: It Was A Conspiracy From The Right

Czar wars: After axing Van Jones, conservatives sharpen knives in hunt for more Obama blood (LA Times) Won’t additional Obama blood only be able to be found if there are facts to be found in his appointees backgrounds? No one denies the facts regarding Van Jones. Only the audacity of someone to point them out. Besides, didn’t Jones axe himself through his actions and statements?

White House Environmental Adviser Van Jones Resigns Citing “Vicious Smear Campaign Against Me” (Democracy Now) Wouldn’t a “smear” campaign need false facts to be presented? Nobody is arguing that the facts as presented are not true. Only the nerve of someone to point them out.

Obama aide Van Jones Resigns After GOP Attacks (NBC) This from a news source whose job it is to report the news, but who got to the party very late in true Democrat partisan style. The actual headline should read The Right Is Forced To Do The Job That The Main Stream Media Refuses To Do
White House Official Resigns After GOP Criticism (NY Times) Well New York Times, where was your reporting on the topic? By being in the pocket of the administration, someone has to do your job!

Perhaps Had The Obama Administration Used The Seven Page Questionnaire, Asked A Few Questions Or Used Google, Van Jones Would Not Have Been Appointed In The First Place. Or Maybe It Was The Information Garnered From These Sources That Made Him To Good To Pass Up!