From The Political and Financial Markets Commentator, Mike Haltman

The laughing that you think you may be hearing is the world looking at this great superpower, and coming to the realization that we may be fading fast under the leadership of the Obama administration. With the current cast of characters in Washington, if we as a country are doing something that you don’t like, tell us and we will stop. If we are being to aggressive or appear to be operating in our own best interests, please accept our deepest apologies. We, the United States, certainly do not want to offend with Barack Obama at the helm. 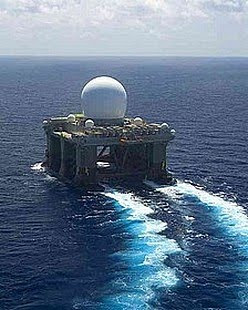 It is our goal to be well liked around the world (certainly better liked than during the Bush administration), and to make as few foreign policy waves as possible.

We want to be accepted as part of the gang of weak nations whose main line of defense is appeasement. The problem is that in the past, when appeasement failed, it was the United States that stepped in. Who will step in now?

What Brings Me To This Conclusion?

When we make the threat that if an action continues we will seek tougher sanctions, the actions do not stop. Rather, as in the proclamation of Iran that they have no intention of stopping their nuclear program, it is them drawing the line in the sand, daring the United States to cross it. My belief is that they feel there is nothing to worry about. The Democrats will insist that the rhetoric is merely bluster; a way to gain a bargaining chip. I don’t think so.

It now appears that the United States stands ready to abandon the plans for missile defense installations in Poland and Czechoslovakia. This at the urging of our “good” friends in Moscow. What do we stand to gain by weakening our ability to defend against longer range Iranian missiles.

We HOPE that through this appeasement, Moscow will end its shipments of materials to Iran that are actually assisting its program of developing nuclear weapons. We also hope that Moscow will then cease giving aid in the development of Iran’s missile defenses designed to stop a pre-emptive strike on its nuclear weapons manufacturing facilities or nuclear weapons themselves. Quite a leap of faith!

We also seem to seek to keep the tone of our relations with Moscow friendly and non-confrontational at all costs, although they most likely still won’t help us with Iran.

All this at the price of hanging two allies out to dry, both of whom went out on a limb for us, as well as weakening our national security.

What exactly is our national security plan?

“…This shift in U.S. policy is intricately linked to a naive deal struck between Barack Obama and Russian President Dmitry Medvedev in Moscow last July, when the two leaders established a framework to reduce their countries’ respective nuclear stockpiles by a third over the next seven years. The deal, expected to be concluded in December, also significantly cuts both sides’ nuclear delivery systems, such as long-range bombers, thereby leveling the playing field for Russia (the U.S. currently has superiority in this area).

Russia favors the agreement as its strategic conventional weapons capability remains weak, and the technological ability to rejuvenate its nuclear weapons arsenal is limited.

Obama has made progress toward a “nuclear free world” a priority of his presidency and is clearly willing to sacrifice U.S. interests, as well as those of its allies in Europe, on the altar of political vanity. Moscow has made it abundantly clear that any steps toward nuclear disarmament have to involve the abandonment of missile defense installations in Central Europe–what Russia considers its own backyard–including former Soviet satellites that are now members of NATO and the European Union. Russia has, however, expressed interest in basing missile defense sites in Azerbaijan (Gabala radar station) and in the south of the Russian Federation, closer to the Iranian border…”