At a Precipice by the Godless Valley: Texas Vs. FFRF

It feels routine now when the left attacks our freedom of choice, that is, whatever freedoms we haven’t relinquished yet. Yet, we cannot allow ourselves to become numb to these attacks. We must fight back.

The atheists, agnostics, or whatever they want to call themselves, are once again coming after our religious freedom. I read the following story from Fox News;

This is getting very old. It’s no surprise the left continues to wake up every morning donned in their jockey uniforms beating the same dead horse. So, let me get this story from Fox News right. The Freedom From Religion Foundation (FFRF) want us to stop talking to and thinking about God because it offends them and somehow usurps their freedom as citizens of the United States. Do I have that about right?

Basically, what the liberal statists have been saying in a round-about fashion for many, many years now is we need to shut up, because they don’t believe in God. I mean, at the most basic level, this is what they are asking us to do. They want to force this existential argument into the courts. That’s right, let’s have the courts decide who can preach to the public! And it can only be one or the other according to the left. This should be enough to upset any reasonable person, atheist or not. 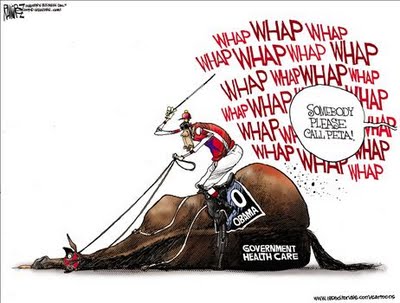 In order for them to have their cake and eat it too, they want us to shut-up, but they still want to shout it on the rooftops that God is dead. Or something like that. Shouting is probably not involved because of all the heavy drinking the night before, but I digress.

Their website states that they are a… “nonprofit that works to educate the public on matters relating to nontheism, and to promote the constitutional principle of separation between church and state.”

We all recently celebrated the 4th of July. To be condescending for a second here, there is this little document called the Declaration of Independence that clearly states our nation was founded on self-evident truths that we as humans have unalienable rights endowed to us by our creator. The problem is, and we all know this, is that the Constitution says nothing about separation of church and state.

Obviously, there are laws we as men need to create to protect ourselves from others who wish to do us harm, but as far as religion goes, puhhh-lease. What is the problem with religion? The only problem is the one the liberals are causing. I’ll tell you an analogy that I think may clear things up for us. You know how people preach the gospel? Well, in my mind, these folks are preaching the opposite of the gospel. Either way, they are preaching. And, as their website says they are preaching it to the PUBLIC.

I mean, I think my thinking on the FFRF-facade is simple. Correct me if I’m wrong, but if they are against prayer in public and claim to be fighting for separation of church and state, isn’t it logical to assume that them proselytizing to the public on matters of non-theism is just the same thing they are suing Rick Perry for???

If they want to preach non-theism or whatever, they can do it until the cows come home for all I care. That’s why we have a 1st amendment.

They say they’re rights are being usurped because Rick Perry is holding a national prayer day. I say they are infringing upon our 1st amendment rights, and that they are guilty of holding up the courts with frivolous lawsuits costing us taxpayers money and time. We all know time equals money, but the liberals just love wasting light. They have nothing else better to do with their time. Let me give you guys some advice. How about instead, you feed the hungry or build homes for the homeless? Just do something that isn’t so wasteful.