A petition to remove FDR's face from the dime.

With Princeton’s administration pathetically caving to the demands of Black Justice League students that Woodrow Wilson’s name all but disappear from any association with the university, due to a history of actions by Wilson that they deem to be racist; it is now time to focus our efforts,  our passion, and indeed,  our rage, at correcting one of the greatest  insults to social justice ever committed in this country…whereby  for decades we have honored FDR by depicting his face on the  US dime.

The Roosevelt Dime was first minted in 1946, two years after his death. Though most today think this was done as a tribute to his leading America to victory in WW II (and that did play a part in the decision to end production of the Liberty Head ( Mercury) dime, there is actually another reason for FDR’s association with the dime.

Roosevelt suffered from polio since age 39, and in his later years was all but crippled by the disease. He was instrumental in founding the National Foundation for Infantile Paralysis. We forget today what a  horrible scourge the disease was, especially to  children who were most likely to contract it early on.

The foundation began its fundraising efforts to find a cure by urging the public to send in “a dime” to further research. Thus, the “March of Dimes” was born, and continues to this day. With polio now eradicated, it focuses on ending premature birth, births defects, and infant mortality.

Roosevelt’s linkage with the dime has been a constant now for 70 years.  However, while his work in helping to eliminate polio is commendable, it does not absolve him from blame for committing the greatest abuse of civil liberties ever by a president; the illegal internment of tens of thousands of American citizens of Japanese ancestry at the start of WW II.

FDR has pretty much been given a pass for this egregious act. Liberals have tried to balance the scales, as it were, as justification for ignoring, let alone expiating, this crime.

“He got us out of the Great Depression, he created the New Deal, and the whole framework of the welfare state, he is responsible for Social Security, he led us to victory in WW II; so what if he screwed the pooch with this one thing…ya gotta look at the big picture…and besides, nobody’s perfect, right? He’s not the Pope.”

So, it’s a big oopsie, and decades later, the US admitted the country acted wrongly, and paid reparations, which many deemed to be very insufficient. It’s all in the past, leave it alone..let it lay

Except now,  as the present day version of the Red Guard is running amok on college campuses attempting to rewrite history and redress supposedly  ancient wrongs and misdeeds, it is time to shine the spotlight equally on all past offenders.

Wilson for decades has been a liberal icon. Indeed, he’s hailed as one of the first true “progressives” in US politics. He led the nation in WW I, and most importantly, he is the father, via the League of Nations,  of  the continually evolving ideal of a world governance.

Wilson served as Princeton’s president, before being elected as governor of New Jersey, and then President. The university has long basked  in its association with his name and reputation.

But now, that’s all to be cast aside. While 99.9% of Americans have no knowledge of Wilson’s role at Princeton, I expect 99.9% of Americans today are aware of who FDR was, and just about every day they come into contract with his likeness on the dime.

This, my friends, cannot be allowed to stand.  If Wilson’s memory can be vilified, if not excoriated, for a few incidents, then  we cannot continue to honor the memory of a man, FDR, who despite many laudable  achievements, is still guilty of a truly despicable, illegal, and unconstitutional act.

Simply put, FDR’s image must be removed from the dime.

And while we’re at it, we can tidy up a few other loose ends:

To those who want the Jefferson Memorial taken down; well we can put it into storage next to the also to be dismantled FDR memorial.

Roosevelt Island, in NYC (along with the tram) must be renamed.

As must the FDR Drive, the highway that runs up the eastern edge of Manhattan.

Rename the Roosevelt room at the White House.

And as for the dime, what to do instead of FDR’s visage?

One option would be to return to the classic Winged Liberty Head (Mercury) dime:

Or, if we are really serious about righting old wrongs,  rectifying old injustices; what would be more appropriate than replacing FDR’s image with that of a  world famous, internationally renowned,  Japanese-American: 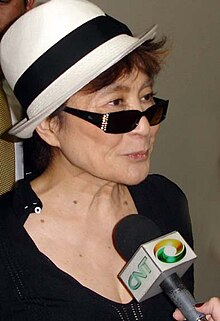