The story of a “leaked” US Army manual for Re-Education and Internment of US Citizens first broke last week on the Alex Jones Radio show. I thought it would be prudent to independently verify the authenticity of the manual. The cover page lists the U.S. Army Military Police School at Ft. Leonard Wood, MO as the official contact.

So I contacted the base personally and had several conversations with Tiffany Wood, Director of the Public Affairs Office at Fort Leonard Wood. When I first contacted her she was unaware of this document or the story of its release to the public. She said it would take some time to verify the document. Yesterday, May 8th, I received this official e-mail response  from Fort Leonard Wood on the authenticity AND essence of FM 3-39.40 INTERNMENT AND RESETTLEMENT OPERATIONS MANUAL. USArmy-Internment Resettlement

Mr. Thomas,
Here is the response from Fort Leonard Wood regarding your questions.
The document was not intended for public release. The document is intended for operations outside of the continental United States. Depending on the nature and magnitude of an event will determine the level of U.S. military involvement. Any other questions regarding the document, you will need to file a FOIA request.

Please let me know if you have any other questions.
Thank you, Tiffany
Tiffany Wood, Director, Public Affairs Office Fort Leonard Wood, MO”

So now we know without question the manual itself is AUTHENTIC.

The bad news is what is contained in it.

Several parts of this manual make it VERY clear that deployment of this strategy for US citizens is at least being discussed within the Department of Defense.

In one section the manual even acknowledges that to use the military against US citizens is strictly forbidden according to the Posse Comitatus Act. But the author states that the Secretary of Defense (who lately told the US Senate that he gets his authority from the UN), a Congressional Act, or an Executive Order could be used to bypass Posse Comitatus.

And IF this document is exclusively for use OUTSIDE of the US why does it mention procedures that include identifying internees by their Social Security Numbers?

This Manual is over 300 pages and I have only read parts of it. But I have read enough to know this is the most serious and terrifying document I have ever personally read, and it was produced by the Government who supposedly works for me.

Do you think the author’s of this Manual believe that? Please send this post to every news agency, pastor, police officer, and sheriff you know, or Bill Ayers will get his wish. You can see original story by clicking here.

President Biden Is Running out of Time 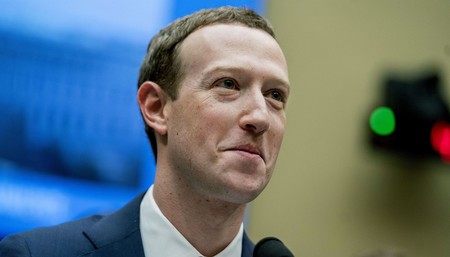 CODE RED: The NFL Has a Problem, and It's Not 10-Year-Old Emails
Jim Thompson