Craig Williams, Candidate for U.S. Senate was first-up in the Candidate Vetting process initiated by We The People – Southwest Washington earlier this week. I came away from attending this event very pleased, both with what I saw in the process and the candidate. 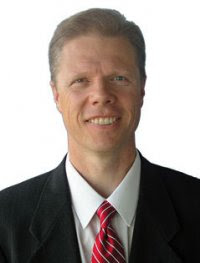 In a separate article, entitled “We The People – Successfully Tipping The Balance of Power in Washington State”, I offer my positive views on what We The People – Southwest Washington is accomplishing. At the heart of this is what they’re making possible through their Candidate Vetting process. I don’t speak for We The People but I think its safe to say that this process lines up well with my own views because its primary objectives are aimed at showing a candidate’s motives for running and how well equipped they are to serve. By contrast, up to now, it seems like we’ve been relegated to selecting from a field “anointed” by others, based on things like: personal popularity from some other aspect of the candidate’s life, political-insider connections (aka Endorsements), bankroll (either personal or contributed by special-interests) and worst of all, the candidate’s ability to denigrate their competitors.

Without the Candidate Vetting process mentioned above, I don’t know how often a candidate like Craig Williams gets a turn at bat, versus old-style “anointed” candidates. But, this past Tuesday evening, Craig Williams got a turn at bat and in my opinion; he hit the ball out of the park. Since We The People is a “grassroots” organization, nothing could be more important than connecting with the “grassroots” … the people who make up the group. Williams did that, most genuinely, from the start. With that said, since I’m not writing this to offer my endorsement of Craig Williams, I’m not going to go into great detail on other aspects of his vetting session, covering his views on various issues, etc. I think that’s a level of examination each of us should do, individually. But, I do think Williams is a candidate who should be given serious consideration, who merits the sort of examination I just mentioned and I want to offer some of my reasons for holding this view.

First, I think his primary motive for running is that he has a heart to serve. Based on what I know about Williams, as well as what I was able to observe in him, he doesn’t seem to be lacking much in what his life holds and his motives seem anything but self-serving. He strikes me as being like me, in that he sees himself as being tremendously blessed to be an American and that he wants to do what he can to assure that blessing continues, especially for our children and grandchildren.

Furthermore, he isn’t a Career Politician. In fact, I know there have been some “candidate forum” opportunities he hasn’t been able to attend because of other priorities with his family and with his jobs. I actually think that’s pretty refreshing. I certainly prefer a guy who has a real-world perspective on dealing with life priorities like faith, family and business versus someone who has spent most of their life in bureaucracy, willingly doing whatever it takes to move up the food chain.

Finally, Williams seems to have excellent and innovative leadership qualities. There’s something that will be critical, if we’re to emerge from the morass our sitting government has handed us! One great example of his capabilities in this area is the Independence Amendment he is proposing. Rather than going into great detail on this, I’ll just suggest that you take a look at his video on this – The Independence Amendment. In summary, I think it’s a great idea for addressing the problem that many aim to solve with term-limits. What I see as superior in Williams’ proposal is that it is better aimed at “how” our elected officials serve, rather than “how long” they serve.

So, kudos to Craig Williams for the way he leveraged the opportunity he was given and more kudos to We The People for their dedicated hard work in making such opportunities possible. Don’t forget, though, the crucial part of We The People is the We part … you and me. Please continue to get out there, working shoulder-to-shoulder with your fellow Americans, to assure that We all get to continue being blessed to live in the greatest of nations!