From the diaries, by Erick. 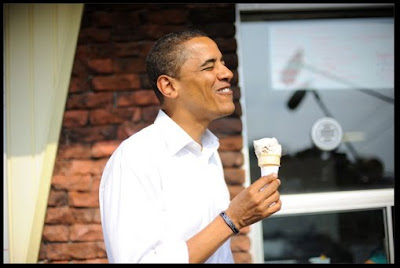 Once again, Barack Obama proves he is not fit to serve as commander-in-chief to our armed forces. In a continuing despicable act, Obama is refusing to honor WWII veterans who fought for our nation in it’s darkest hours.

From the McClatchy News Service:

WASHINGTON — In a strongly worded message to Congress outlining its priorities for a military spending bill, the Obama administration today said it disapproved of including money for pensions for 26 elderly members of the World War II-era Alaska Territorial Guard.

The Guardsmen are among those assigned to protect Alaska from the Japanese during World War II.

….Sen. Lisa Murkowski, who along with Sen. Mark Begich, D-Alaska, sponsored the fix [to the pensions], called the administration move “deeply disappointing, bordering on insensitive.” The legislation honors 26 elderly Native people who are the few remaining survivors of a military unit that served the country with valor, Murkowski said.

“The administration’s justification, which is that the legislation will set the precedent of treating service as a state employee as federal service, defies logic and history,” she said in a statement. “Sixty-two years after the Territorial Guard was disbanded, the Obama administration minimizes the contribution of this gallant unit to America’s success in World War II by calling its service ‘state service.’ “

This is beyond the pale, and just shows Obama’s continual disregard for what has made America the greatest nation on earth. To diminish these brave Alaska Natives as “state employees” is to diminish all of the brave men and women who served their nation in all sorts of ways during WWI.

For those that don’t know, the Japanese attacked and invaded Alaska’s Aleutian Islands at the same time the battle of Midway was about to take place. It was part diversion, part payback for Doolittle’s bombing of Tokyo. 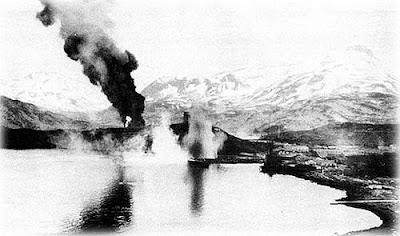 Department of the United States Navy 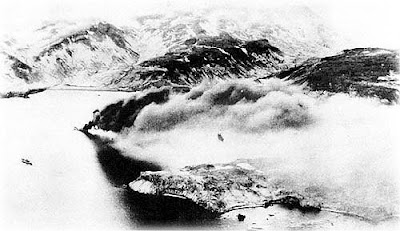 Department of the United States Navy

This was a tragic bit of history for Alaskans, more of which you can read here and here.

The Alaska Territorial Guard (ATG) or Eskimo Scouts was a military reserve force component of the US Army, organized in 1942 in response to attacks on American soil in Hawaii and Alaska by Japan during World War II. The ATG operated until 1947. 6,368 volunteers who served without pay were enrolled from 107 communities throughout Alaska in addition to a paid staff of 21, according to an official roster.

The ATG brought together for the first time into a joint effort members of these ethnic groups: Aleut, Athabaskan, European American, Inupiaq, Haida, Tlingit, Tsimshian, Yupik, and most likely others. In later years, all members of some native units scored expert sharpshooter rankings. Among the 27 or more women members were at least one whose riflery skills exceeded the men. The ages of members at enrollment ranged from 80 years old to as young as twelve. (both extremes occurring mostly in sparsely populated areas)

Two things stick out in my mind. One, these 6,368 Alaskan Territorial Guards, of which the 26 men being denied by Barack Obama are part of, served their nation during war time, for NO PAY.

Second, the situation was so dire that old men and children all pitched in.

You can read more here.

Another historic perspective can be read here:

The Alaska Territorial Guard: A Debt of Honor Unpaid. As this article points out towards the end:

In 2000, largely due to efforts by former Alaskan Senator Ted Stevens, a bill was signed into law ordering the Secretary of Defense to issue Honorable Discharges to all members of the Alaska Territorial Guard. The bill was intended to repay the debt of honor we as a nation owe these people, these Americans, and provided many of the surviving members (now in their 80’s and many living far below the poverty line) with retirement pay and survivor’s benefits and medial care.

However history views Ted Stevens it must be noted that he was largely responsible for righting a dishonorable and inexcusable injustice. However, the story of the ATG doesn’t end there – most of the elderly surviving members of the ATG live in remote and inaccessible locations. Finding them was long and difficult.

In 2003 Colonel Bob Goodman USA(ret), undertook the effort to find and assist the remaining members of the ATG, at first funded by the state and later out of his own pocket. So far he and his people have located over 150 former members of the ATG, and they estimate there are several hundred more – and they continue their efforts to this very day.

Many of those located in the last five years have since died of old age. For those who remain, the benefits provided aren’t much, some medical care and a couple hundred dollars a month, but for folks who now live far below the poverty line in villages where gasoline costs more than $10 per gallon – those benefits mean the difference between life and death.

Those benefits, that mere pittance in retirement pay, would seem to be the least we can do for those forgotten veterans of that long ago conflict.

It would seem to be the very least we could do.

It turns out we could actually do less.

However, in a good hearted move, the Army will not seek to recoup past payments.

Big of them, wouldn’t you say?

It goes without saying that this issue has been boiling for some time. Senator Stevens indeed had worked to get these brave WWII veterans, these brave Native Americans, their due.

In what some might say was odd timing, or Chicago style politics, just two days after Barack Obama had taken the Oath of Office as Commander-In-Chief, ABC News reported:

The Army has decided to cut off retirement pay for veterans of a largely Native militia formed to guard the territory of Alaska from the threat of Japanese attack during World War II.

The change means 26 surviving members of the Alaska Territorial Guard — most in their 80s and long retired — will lose as much as $557 in monthly retirement pay, a state veterans officer said Thursday. The payments end Feb. 1.

Applications for retirement pay from 37 others have been suspended.

The state is pursuing a remedy for “these brave Alaskans, who did so much for the cause of freedom during a time of great national peril,” Gov. Sarah Palin said.

The action comes almost a decade after Congress passed a law qualifying time served in the unpaid guard as active federal service. The Army agreed in 2004 to grant official military discharge certificates to members or their survivors.

An Army official said the law was misinterpreted. The law applies to military benefits, including medical benefits, but not retirement pay, said Lt. Col. Richard McNorton, with the Army’s human resources command in Alexandria, Va.

The Army doesn’t intend to seek to recoup past pay, he said.

About 300 members are still living from the original 6,600-member unit called up from 1942 to 1947 to scout patrols, build military airstrips and perform other duties. But only a fraction had enough other military service to reach the 20-year requirement for retirement pay.

Among those who did is 88-year-old Paul Kiunya in the western Alaska village of Kipnuk. Kiunya was 16 when he joined the territorial guard and worked in communications, reporting by radio any unusual noises or the direction of aircraft, including some Japanese planes he spotted.

“We did not get one cent being in the territorial guard,” he said. “And we worked hard.”

Kiunya — who later put in 22 years in the National Guard and another decade in the Guard reserves — will lose more than $358 a month in his retirement package because of the Army’s decision. With gasoline in his village at almost $10 a gallon, that’s a huge amount to lose.

For her part, Governor Sarah Palin, in her role as Commander-in-Chief of the Alaska Defense Force, the modern day equivalent to the Territorial Guard, signed SB 89 which funded, these pensions until 2010.

For those that don’t know, the Alaska Defense Force is a federally recognized state militia, that trains as an auxiliary police force, as well as a military defense force, and is part of Homeland Security’s readiness plan, and is under the command of the Governor of Alaska. 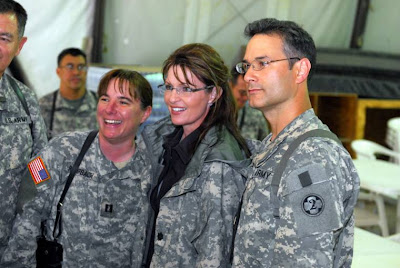 This situation is incredibly disturbing. All indications are these brave WWII veterans served Alaska and the nation with honor. To purposely cut these aged men off, in the twilight of their lives, goes against everything America stands for. In fact, as this cuts off not only a substantial part of their paycheck, but other benefits, such as medical, one might even say this is sort of a death panel, especially knowing that winter is coming, and heating fuel is quite expensive in Alaska.

I can’t speculate what makes Barack Obama such a heartless and cruel man. I do know that once again, Obama’s radical, communist upbringing has shown it’s self front and center. Obama must really hate America, and Americans to pull a stunt like this.

Obama should be ashamed of himself, but I fear that is an emotion he is incapable of.

What can you do?

You can call your Senators and Congressmen and tell them that this dog just don’t hunt! Tell them cutting off pay to these brave WWII veterans is inhumane and un-American. Our veterans deserve better.