Remember, Mr. President, elected officials work for the people. Forcing a conclusion in order to claim a “victory” is not healthy for our country. We hear you say government isn’t always the answer; now hear us — that’s what we’ve been saying all along.

Barack Obama really showed himself Wednesday. Acting more like he was a two bit politician on the campaign trail rather than the President of the United States, Obama belittled his office to no end with cheap rhetoric, lies, and attacks on those who disagree with him.

In all of my life, I have never seen a President who just makes the Office so small, so unimportant. Last night Obama took the status of the Office to a whole new low.

We all know Sarah Palin had already put a double dose of heat on Obama before he ever stumbled into the congressional chamber and started up with his glorified Amway meeting.

This is nothing new for Sarah though, she has had Obama’s number since day one:

“This is a man [Barack Obama] who can give an entire speech about the wars America is fighting, and never use the word “victory” except when he’s talking about his own campaign.

But when the cloud of rhetoric has passed … when the roar of the crowd fades away … when the stadium lights go out, and those Styrofoam Greek columns are hauled back to some studio lot – what exactly is our opponent’s plan?

What does he actually seek to accomplish, after he’s done turning back the waters and healing the planet? The answer is to make government bigger … take more of your money … give you more orders from Washington … and to reduce the strength of America in a dangerous world. America needs more energy … our opponent is against producing it.” 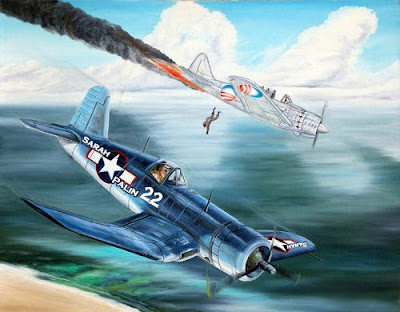 What is really disappointing about Obama’s speech is how he was so far off his game. He was 15 minutes late to start with, prompting Dennis Miller to quip later on The O’Reilly Factor that this was a “ringing endorsement for government efficiency!”

My guess is Obama and his speech writers were still crafting a response to Sarah’s Wall Street Journal op-ed, as well as her Facebook slam from the day before.

During the speech Obama was like a child throwing a temper tantrum. Obama has lost the debate. America wants nothing to do with this fiasco. And instead of cutting his losses, and doing his job, he is bound and determined to shove his communistic, liberty and freedom stealing bill down America’s throat. 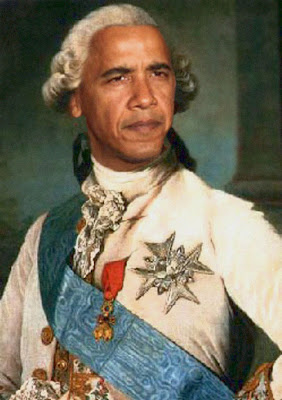 Another disappointment, in a night of disappointments, is the fact that Obama said absolutely nothing new. If this guy truly wanted to reform health care, and truly wanted to serve the people, he would have thrown the current mess in the trash can and come out with a clean sheet of paper. He just might have garnered some respect, and support. But he’s just not that smart. Obama is going to ride this ludicrous bill right into the ground.

We learned absolutely nothing new about his plan. All he had was his tired old Saul Alinsky tactics. Don’t talk about the issue, just attack people:

“Pick the target, freeze it, personalize it, and polarize it. In conflict tactics there are certain rules that [should be regarded] as universalities. One is that the opposition must be singled out as the target and ‘frozen.’…

….any target can always say, ‘Why do you center on me when there are others to blame as well?’ When your ‘freeze the target,’ you disregard these [rational but distracting] arguments…. Then, as you zero in and freeze your target and carry out your attack, all the ‘others’ come out of the woodwork very soon. They become visible by their support of the target…’

“One acts decisively only in the conviction that all the angels are on one side and all the devils on the other.”

This is all Obama and his crew have. They have no real solutions, no new ideas. Obama is stuck trying to relive the failed Roosevelt years, using policies that took a bad recession and turned it into the Great Depression, and made recovery take years longer than it should have.

Obama is FDR on steriods, and without the charm and sophistication.

The democrat/communists haven’t had an original thought in almost a century.

They just keep on pushing those time honored big government ideas that have failed spectacularly since the beginning of time. And this Obamacare debacle is a true failure among failures. This thing will have the competency of the IRS, the efficiency of the Post Office, and the effectiveness of the Katrina recovery efforts.

So, instead of admitting failure, and sitting down with some adults to craft an honest plan, such as those that have been proposed by the Republicans, Obama just attacked everyone.

What was remarkable though, was Obama calling out Sarah Palin. Again, she is so far in his head he can’t resist, but just how pathetic is it to see the President of the United States, in the one of the most formal settings he can be in, have to resort whining and attacking a private citizen?

We all know the answer, of course. Sarah Palin is an actual leader, and Barry is not. Not even close. A lot of folks didn’t understand the logic behind Sarah’s decision to step down as Governor. I think now they understand.

Sarah had already delivered on every single campaign promise she made when she ran for office, and Obama’s Alaska Mafia had made it impossible for her to do her job. Besides costing her personally, the Obama surrogates had cost the Alaska taxpayers millions, and were on track to cost them more, with their continual filing of those bogus ethics complaints.

My guess is about now Obama is wishing he had left her alone to Govern Alaska in peace! Now she has nothing but time, time to take him to task on every move he makes.

Of course, Sarah is not one to let Alinsky style attacks by someone the likes of Obama to go unanswered. Sarah Palin has dealt with a lot tougher foes, and Chicago thug politics do not impress this gal. So last night after Obama’s glorified campaign speech, Sarah penned a scathing retort. 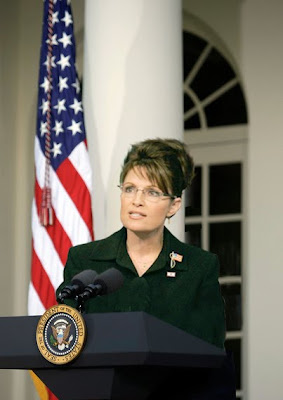 After all the rhetoric is put aside, one principle ran through President Obama’s speech tonight: that increased government involvement in health care can solve its problems.

Many Americans fundamentally disagree with this idea. We know from long experience that the creation of a massive new bureaucracy will not provide us with “more stability and security,” but just the opposite. It’s hard to believe the President when he says that this time he and his team of bureaucrats have finally figured out how to do things right if only we’ll take them at their word.

Our objections to the Democrats’ health care proposals are not mere “bickering” or “games.” They are not an attempt to “score short term political points.” And it’s hard to listen to the President lecture us not to use “scare tactics” when in the next breath he says that “more will die” if his proposals do not pass.

In his speech the President directly responded to concerns I’ve raised about unelected bureaucrats being given power to make decisions affecting life or death health care matters. He called these concerns “bogus,” “irresponsible,” and “a lie” — so much for civility. After all the name-calling, though, what he did not do is respond to the arguments we’ve made, arguments even some of his own supporters have agreed have merit.

In fact, after promising to “make sure that no government bureaucrat …. gets between you and the health care you need,” the President repeated his call for an Independent Medicare Advisory Council — an unelected, largely unaccountable group of bureaucrats charged with containing Medicare costs. He did not disavow his own statement that such a group, working outside of “normal political channels,” should guide decisions regarding that “huge driver of cost … the chronically ill and those toward the end of their lives….” He did not disavow the statements of his health care advisor, Dr. Ezekiel Emanuel, and continuing to pay his salary with taxpayer dollars proves a commitment to his beliefs. The President can keep making unsupported assertions, but until he directly responds to the arguments I’ve made, I’m going to call him out too.

It was heartening to hear the President finally recognize that tort reform is an important part of any solution. But this concession shouldn’t lead us to take our eye off the ball: the Democrats’ proposals will not reduce costs, and they will not deliver better health care. It’s this kind of “healthy skepticism of government” that truly reflects a “concern and regard for the plight of others.” We can’t wait to hear the details on that; we look forward to working with you on tort reform.

Finally, President Obama delivered an offhand applause line tonight about the cost of the War on Terror. As we approach the anniversary of the September 11th attacks and honor those who died that day and those who have died since in the War on Terror, in order to secure our freedoms, we need to remember their sacrifices and not demonize them as having had too high a price tag.

Remember, Mr. President, elected officials work for the people. Forcing a conclusion in order to claim a “victory” is not healthy for our country. We hear you say government isn’t always the answer; now hear us — that’s what we’ve been saying all along. 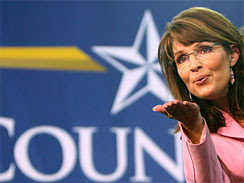