Republican Congressman Mike Rogers has decided to retire from office and join the world of radio, bringing a moderate and “productive” alternative to conservatives like Rush, Hannity, and Levin.

Not satisfied with patronizing conservative talk radio, Rogers wants his district to pick a successor who “will not embarrass this district.”

Whereas Bishop is an ally of Rogers, McMillin actually worked very closely in the state legislature with now-Congressman Justin Amash, who is supporting McMillin and has named him his top priority for 2014. While in the state house, McMillin has been a strong voice for civil liberties and religious freedom and against crony capitalism. You can learn all about him on his website, and even more in this interview.

McMillin has released a scorecard comparing the records of Bishop and himself: 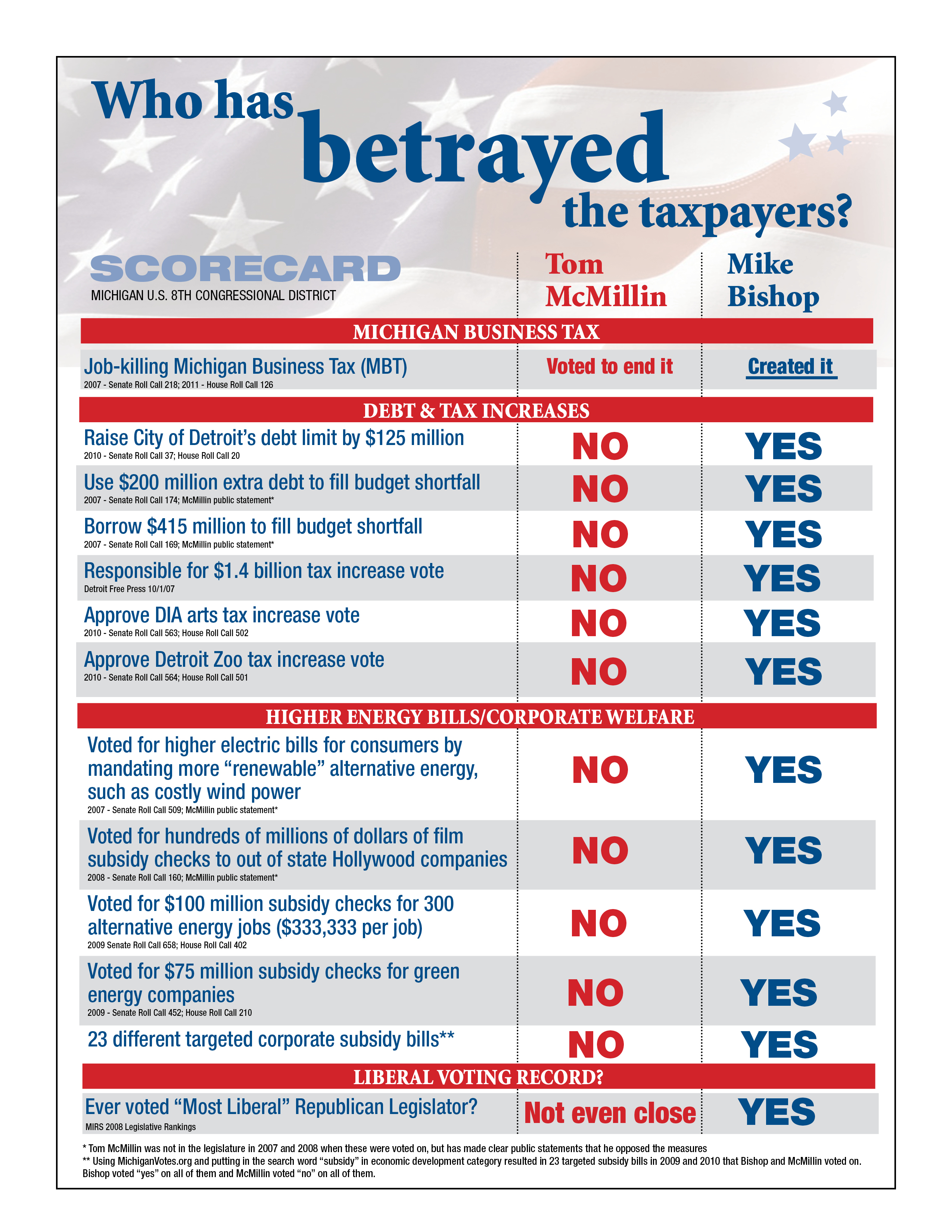 Here are the videos from his campaign announcement, one of him speaking and the other of Amash speaking.


This race represents an excellent opportunity to stick it to the pro-police state, pro-corporatist GOP establishment and send a reinforcement to aid Amash and other Constitutional Conservatives in Congress.

You can help out Tom McMillin at http://www.tom4michigan.com/

Fox News Gets the Last Laugh Over CNN's Brian Stelter, and the Latest News Makes it Even More Hilarious
Bonchie

The Liberals Who Can’t Quit the Covid Lockdown
Townhall
'That's f*cking bullsh*t and you know it': Notorious nice guy Jim Geraghty has no patience for Bulwark writer lying about his remarks on Liz Cheney
Twitchy
Biden Goes Off the Rails in a Gaffe-Arama, Including One Word That Has People Talking
Redstate
Paging Ron DeSantis: Journalist Faces 20 Years in Prison for Investigating Corruption at Fla. Women's Shelter
PJ Media