In Support of Ben Howe's "Messaging"

In response to Ben Howe’s

More than the messengers? I mostly agree.

[D]umb, ill-prepared and gaffe-tastic candidates will always be a part of American politics. You don’t win by making a strategy that consists of preventing people you think are too dumb en masse from picking a candidate. You win by effectively selling your ideas.

Yes. To every pundit who has appeared on TV to say we can’t continue to nominate candidates who say dumb things, I say that Richard Mourdock and Todd Akin were both seasoned politicians who had been elected to office many times previously. Did anybody out there know in advance they’d each make one public statement that bordered on the insane, at least AS SPUN BY THE MSM? They were indeed dumb statements to make, but were they predictable? More predictable was our Republican response, to abandon them to the open sea, rather than to defend them as merely victims of their own tongues who really meant, [insert whatever NEEDED to be said, even if it had to be precisely the opposite of what actually WAS said.  Democrats do this all the time.] But the fact that they did say them illustrates a different problem with the GOP–they had no help in learning how to handle the press and its gotcha questions.

We, as the low-tax & personal responsibility party cannot waltz into a low income housing area, look around, shake our heads and say “Hey, when are you guys going to stop being idiots and voting for people that think you’re stupid — also, you don’t pay enough taxes.”

Whether or not we view that as what happened, the people we’re talking to certainly did.

Actually, that isn’t even close to what was said. But it’s metaphorically what was reported and repeated in the media WITHOUT REFUTATION. I know it’s lame to say, “But he didn’t say THAT,” but it’s even lamer to say “We agree with you and we’re denouncing the scoundrel.” There ARE other things to say and do.

Of course, it’s not only messaging. There’s the issue of policy perscritpions[sic] that run counter to our alleged shared beliefs. As Michelle Malkin pointed out, Rove played a major role in “disastrous Medicare prescription drug entitlement expansion that created an unfunded liability of $9.4 trillion over the next 75 years, No Child Left Behind federal education expansion, steel tariffs, ag subsidies, the McCain-Feingold campaign finance law.”

Right, again. Had Rove and W. not done some of those things, we might still have a 2-term Obama, and he might even have had more support. But we Republicans would have been spared the countless claims that we had added to the debt as much as all previous administrations combined, and we would have had some credibility as we tried to take on the mantle of the Small(er) Government, Fiscal Responsibility Party in 2012. Maybe a few more Tea Partiers would have voted for us instead of Ron Paul or Gomer Pyle on TVLand. We might have even gotten some Democrat votes.

As the headline says, “It’s the messaging, stupid. It’s the stupid messaging.”

…You have to do more than be right. You have to convince people you are right.

…Somehow we’re failing to convince people that keeping more of their paycheck and affording them less government interference in their lives is a good thing. “Don’t blame the messenger” just doesn’t apply here. The messenger is without a doubt the problem.

That’s the right track, but there is more to it.  There is also a problem with the listener. If he is predisposed to reject the messenger, the message, no matter who delivers it, will not have any effect, because it won’t be heard. The exception is if the speaker can capture the voter’s interest and hold on to it long enough to break down that barrier.

Yaron Brook of the Ayn Rand Institute makes a strong case that we have a huge cultural hurdle to overcome–Republicans are looked upon as selfish (and Democrats are considered to be generous, or selfless) by too many people, and they don’t want to listen to a “selfish” message from a “selfish” Republican, which is exactly what a message of self-reliance and independence sounds like if you only hear a little bit of it.

That’s a big reason why they “like” Obama better than they “like” us in the polls, even though they tend mostly to agree with our ideas rather than with Democrat ideas, when they hear them from a pollster.  And as Rush Limbaugh has been pointing out this week, the Democrat ideas simply don’t stick to Obama.

They’re predisposed to dismiss us and our ideas before they even hear us, so they don’t hear us.

Obviously, this won’t change in one election cycle, but it’s a key problem that needs to be considered as our great speakers deliver our not-really-selfish message to the people we need to convince to listen to us and then believe us. So I guess I agree in the end–it’s the stupid, no, undisciplined, unfocused and inadequate messaging and messages (not the principled message itself) that we have to modify to enable the ideas and solutions to be heard, no matter who the messenger is. 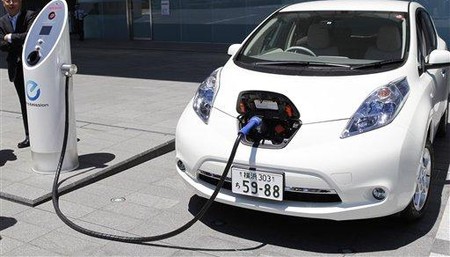