Since @Twitter is now in the #censorship business, I will no longer use its service for my constitutional right to free speech. #GoodbyeAll pic.twitter.com/bismJDb3wh 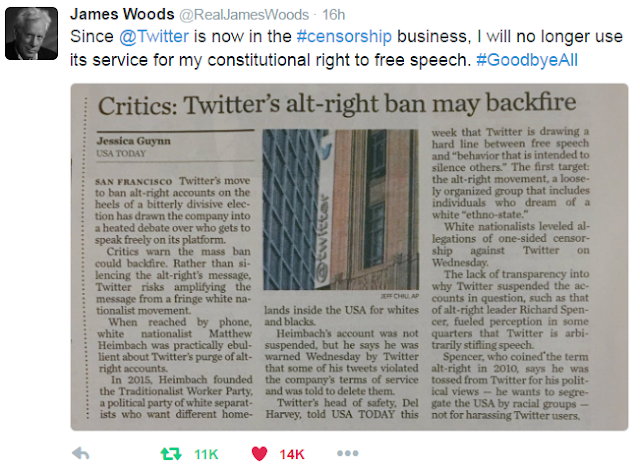 Twitter and its utterly untransparent leftist star chamber chose to censor or completely over-react to voices like Robert Stacy McCain, Milo Yiannopoulos, WJJ Hoge, and Glenn Reynolds. In response, a lot of other conservatives are abandoning Twitter or using it far less. Twitter was hurting before Jack Dorsey came on but he has only made things worse. Twitter brought this on itself.

Milo’s predictions and comments about Twitter on September 8, 2016 still seem pretty spot on

TOM: Step One: Fail and You did it, Thank You!