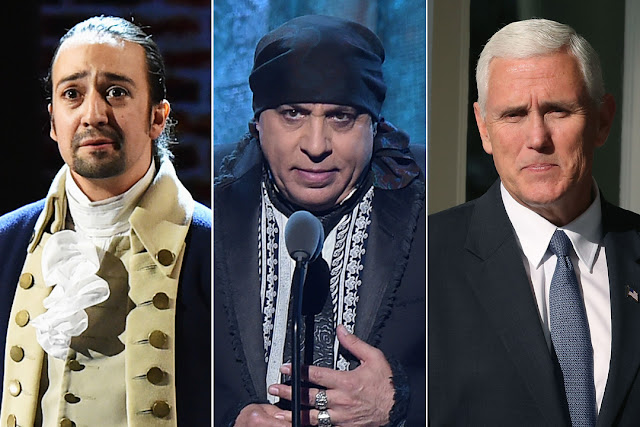 “He was their guest. You protect your guest. Don’t embarrass them.”

Good for Steven Van Zandt for speaking out on this.  He was a huge supporter of Obama and Hillary, and is no fan of Trump and Pence, but he recognizes bullying when he sees it.
EBL: Lesson Learned: Republican Politicians Should Probably Avoid The Theater 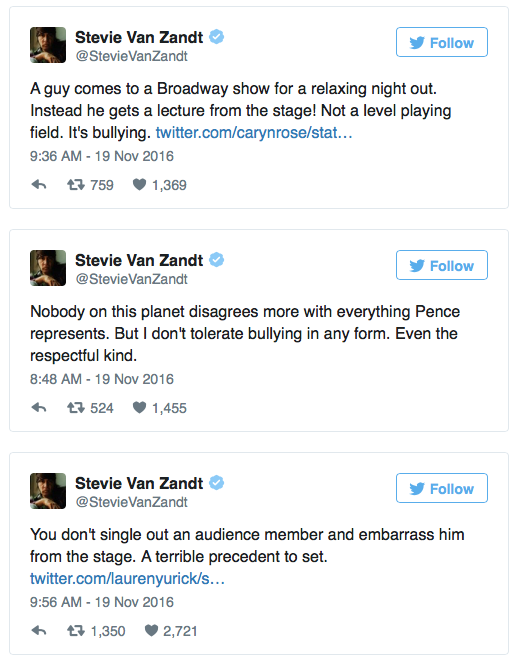 Instapundit: Cracks Among The Culturati, Susan Goldberg, Electoral College In Play?, Washington Examiner: Hamilton cast get a dose of social justice, Trump isn’t even in office yet and he is already driving his critics insane!. and while Roger Simon suggests sitting out Thanksgiving, Ed Driscoll is right in noting we have a lot to talk about!, You might give a history lesson to your lefty friends on how Hamilton was on immigration (and don’t forget Hamilton promoted the electoral college too)
Michelle Malkin: Hamilton: Making guests feel welcomed!
Heat Street: Donald Trump Asks About Safe Places! 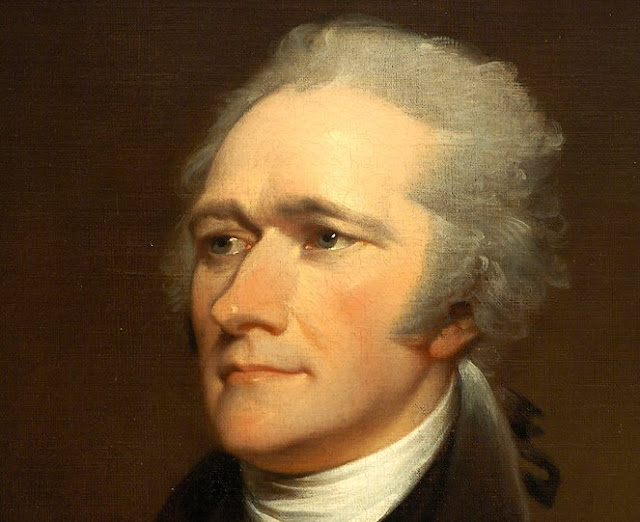 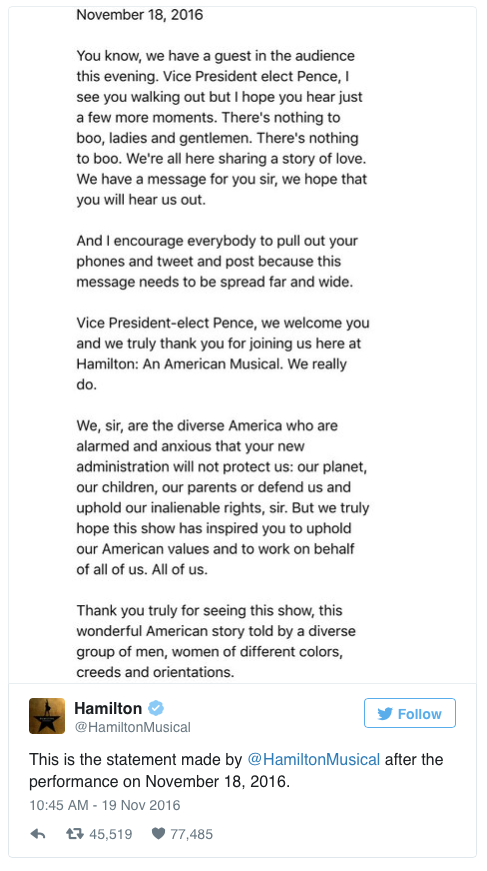 It is not the message (they are entitled to have their concerns) but form of the delivery that was the problem. The high 5ing of cast during audience boos during the show is also not reflected here…
American Power Blog: Hamilton cast boos Mike Pence
Legal Insurrection: VPE Mike Pence gets a lecture by Hamilton cast
Victory Girls: Rudeness on Display: Audience and Cast of Hamilton to Mike Pence
Vice President Elect Pence was gracious about it all:

Pence was greeted by boos from audience members when he attended “Hamilton” in New York City on Friday night. As Pence exited, a cast member delivered a spoken message to Pence directly. President-elect Trump has tweeted repeatedly about the incident this weekend, but Pence told Fox News Sunday he told his family the boos were “what freedom sounds like.”

“I did hear what was said from the stage and I could tell you, I wasn’t offended by what was said,” Pence said on Fox. “I’ll leave to others whether that was the appropriate venue to say it.”

He continued, “I just want to reassure people that what President-elect Donald Trump said on Election Night, he absolutely meant from the bottom of his heart: He is preparing to be the president of all of the people of the United States of America.”

Hot Air: Nobody won (actually Pence won and Trump won by pushing Trump U out of the news)