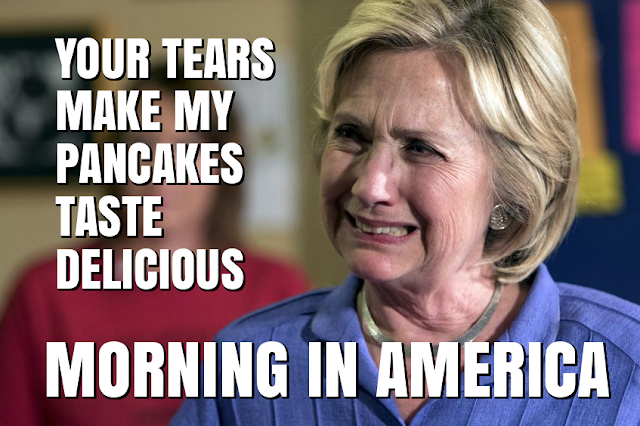 Hillary Clinton is a crooked and corrupt. I have no regrets at all she lost. I rejoice in it. May the Clintons go away now. I do not want to hear of them anymore. While there are no guarantees of success (it really is the hardest job in the world), I hope Donald Trump does a fine job as President of the United States. At least we have a chance things might get better.
And to those who said Trump would win this hands down (and you know who you are), great call. You were right.

DaTechGuy: Trump’s Victory and his army of Jims