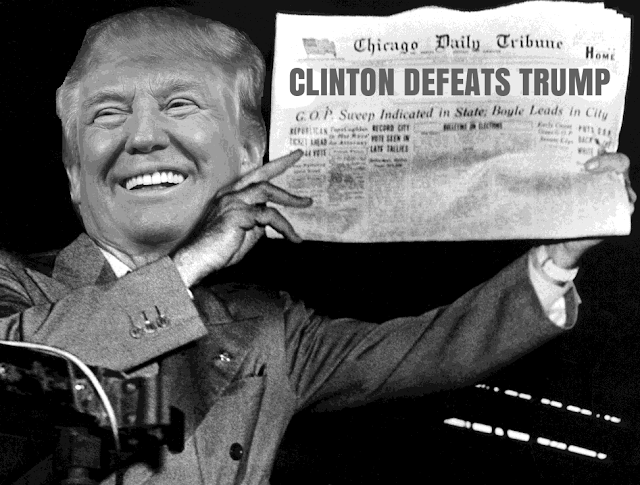 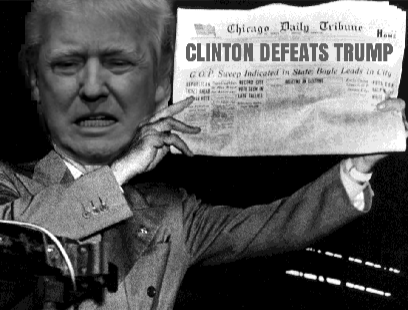 Will Trump have a blow out victory? Seems unlikely unless all the major polls are wrong (which is possible but not likely–but I am not counting out anything). Seems either Hillary clinches early or we are in for a real race (that could go either way).  Since the general consensus of the media is Hillary wins, the shock for them would be Trump prevailing.

And if Trump does prevail, it is because he didn’t quit. Mistakes…oh yeah, there were lots of those (he would have walked away with this race had he campaigned like he has for the past ten days), but quitting was not one of them.

The probability of Trump winning is now so high that NYT’s @Upshot has run out of numbers to describe it (“>95%”). https://t.co/49hoE2Iuoy pic.twitter.com/As8wLKIzVv

NRO: How will the Senate really go?

AoSHQ: #NeverTrumpers: nothing left to fix in 2020

Ok, what does DRUDGE REPORT know?  Ok, here are the Links

Instapundit: It is never too early to join in Vodka Pundit’s All-Day Drunkblog

Rush Limbaugh: Prepared for any outcome, Governor Pence, Nobody Knows, Digging through the data, and a different sort of race.

TOM: It’s Not Illegal Yet