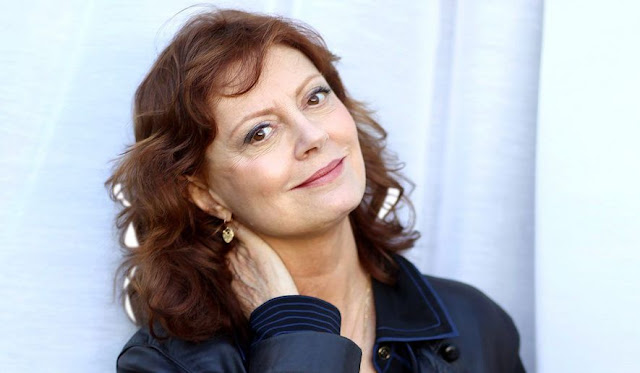 There is not a lot I agree with Susan Sarandon on politically, but she is right about this. Hillary Clinton is dangerous, because of the cover that Democrat operatives and Media give to her. Hillary Clinton is also a fundamentally corrupt person–right to her core.

Trump has his faults too (although I do not think him as dishonest as Hillary and he does not hate his own country), but you can be sure Republicans, Democrats and the Media will not be giving him too much slack if he won.  That is the difference. Trump would be held accountable from the get, Hillary would not.

EBL: The Fix Was In: Democrat and Clinton Crony Terry McAuliffe Paying Off The FBI

Powerline: Hillary is a drag

90 Miles From Tyranny: The Emails: The Clintons Tried To Get Away With It

Salon: Michael Moore: People will vote for Donald Trump as a FU to the elites, and he will win.

American Power Blog and Hogewash: Scott Adams’ The Bully Party: Hillary Clinton has turned Americans on each other

RedState: Turns out the FBI did not try to even recover Hillary Clinton emails (this was not incompetence, this was corruption).

Instapundit: The one candidate who has wielded the sledgehammer of government against her enemies, Huma Abedin: Hillary is still not “perfect” in the head (how much you wanna bet Huma is grading that on a curve), Michael Godwin: Nixon only wished he got Hillary’s FBI treatment, Roger Simon: Could Trump bring the County together?

Rush Limbaugh: These people do not deserve to be returned to power, Obamacare implodes as designed, Nasty Women: How can Elizabeth Warren say those things about Trump with Hillary Clinton sitting right there?

Oh No, Some Leftist Jerks Called Me a 'Hypocrite'
Townhall
Thou shalt not tell the truth: @FearTheFloof has vanished from Twitter after his thread about privileged backgrounds of wealthy lib journos
Twitchy
John Fetterman Gets Pummeled by an Unexpected Source
Redstate
The Morning Briefing: Can a Republican Majority Rein in the Lawless DOJ?
PJ Media