I have special contempt for our GOP Elites... 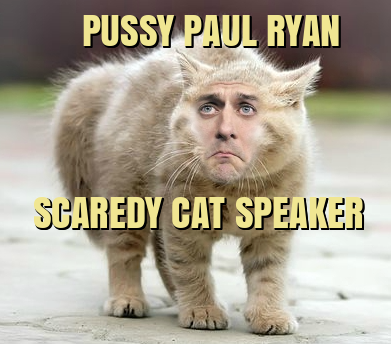 I get many conservatives do not care for Donald Trump. Trump was not my first choice either.  Out of the 17 GOP candidates running he was towards the bottom of the list (I had Kasich and Jeb lower, but that’s it).

Trump is who we got. We knew he was a vulgarian (although none of his GOP found stuff like this to use against him). None of this should be any surprise.

Now I do not blame the opposition for trying this: Find plenty of opposition material on Trump and dump it on him in October. Hypocritical for the Clintons to be doing this, but I understand. We should see this for what it is and respond appropriately. I am not suggesting conservatives endorse what Trump said (you can and should condemn that), but to see the absolute panic of the right over this amazing (and just shows how craven and cowardly our side really is). Do you really want to know how we got Donald Trump? Nature abhors a vacuum.

When Bill Clinton was impeached, the Democrats defended him from Republicans. They fought back, even though Bill was caught red handed lying under oath (which is what he was actually impeached for and which he ended up getting disbarred for five years for).  They said it was no big deal a President was caught having sex with a 22 year old intern in the Oval Office (a power dynamic that would have gotten any other male executive fired it they got similarly caught repeating it).

Razor: “The Left would be ok with Trump’s lewd comments if it were made during sexual encounters with a 22-yr-old woman in the Oval Office” https://t.co/dIv8ps5dQO

But it is not just consensual affairs with Clinton. There were charges of rape too. By Democrat women who were allies of the Clintons at the time.  Didn’t Hillary say women who report sexual assault need to be believed? There are a few Democrats who recognize how toxic the Clintons are, most do not.

Hillary calls Trump’s remarks “horrific” while she lives with and protects a “Rapist”. Her actions are horrific.

This is a choice between Trump and Hillary now.  I get those who say they can’t go Trump, so why in the hell are some of them going for Hillary?  How do you explain that?

John McCain and Paul Ryan and other establishment Republican go into full panic mode over some tape of Donald Trump saying rude things. Why? John McCain was the guy who praised Edward Kennedy at his funeral as the “lion of the Senate.” You mean the same Ted Kennedy who let a girl drown in his car and who liked to make waitress sandwiches with fellow Democrat Chris Dodd? That guy?

Paul Ryan, if you condemned Hillary and Bill Clinton for their past behavior and held them to the same standards you apparently hold Trump, I would at least say you were consistent. But you are not.  And that’s why your actions are backfiring on you. 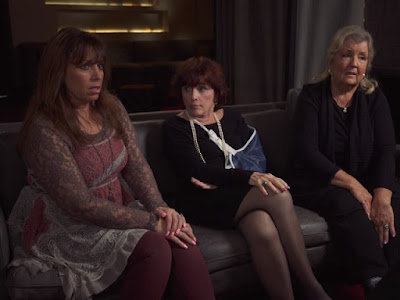 Ted Cruz, your timing has been particularly bad with dealing with Trump since he cinched the nomination. Try not to screw up again.

Last night’s Saturday Night Live was unwatchable. They were trying to parody Trump with Alec Baldwin stepping in (ironic, perhaps), but not particularly funny. Sad, actually. There was a time that SNL could address issues like this through parody without the overtly one sided partisan politically correct preening we get today:

TOM: Learning not to argue and it’s over

Powerline: You want mayo on that waitress sandwich?

Time: Why this Democrat will not vote for Hillary Clinton

DRUDGE REPORT: Trump vs the World and Pussy-Whipped Paul

DaTechGuy: Trump should go “Judge Roy Bean” on Hillary and Doubling Down

Twitchy: Hey NBC, don’t you have some explaining to do?, GOP list calling for Trump to drop out

Instapundit: Heat Street: NBC has a lot of explaining to do, Austin Bay: Trump talks awful, Bill does awful, Juanita Broaddrick still relives brutal rape by Clinton, it is that time of the year for John McCain to ‘suspend’ his support, Hillary’s Faux Outrage, 2008 Flashback: McCain sexist predator 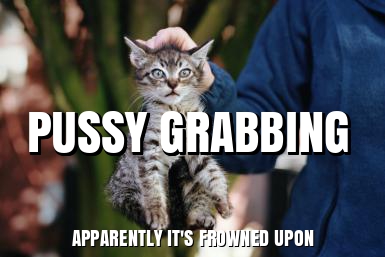