Media Bias on New York and New Jersey bombings: Trump and Hillary react to the same event, how does the media frame it?

By evilbloggerlady | Sep 19, 2016 11:15 AM ET
Share Tweet
Share
Tweet
Hillary calls it a “bombing” to these reporters and then gets questioned by the same reporters about Trump calling it a bomb
Are these media fools out of their minds? 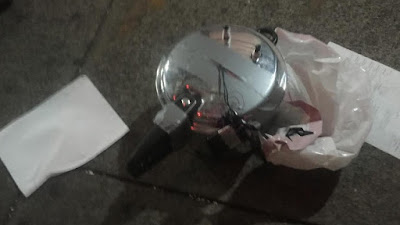 DRUDGE REPORT: No, not Ahmed the Clock Boy, Ahmad Kahn Rahami wanted
DRUDGE REPORT: Obama stays silent on bombings, but talks about the election instead

The media dishonesty goes even farther. Then CNN edited the recording above to take out Hillary Clinton calling it a bombing. Jake Tapper used to be a straight shooter, but I suspect he is still mad about Trump trolling him last Friday with his birther press conference.

Who cares what Hillary or Trump initially called it. Turns out Trump was absolutely correct, it was a bomb.  And even if (God forbid) he made a mistake, it is not an irrational reaction given what is going on the world–especially with the bombing in New Jersey earlier that say day.

Turns out authorities now think the Seaside Heights bomb and the Chelsea bombs are related.  Imagine that.The media is concerned about Trump’s rise and Hillary’s fall in the polls.  This is a dishonest attempt to try to hurt Trump and help Hillary. As far as the terrorist incident, that is just looked at as a story to “work” so it doesn’t hurt Hillary. 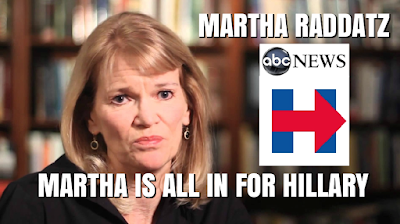 EBL: Five Suspects In Custody for Chelsea, Decades of Deplorables and Martha Raddatz: All In For Hillary, SID BLUMENTHAL: Hillary Clinton’s Dirty Trickster and Originator of Obama Birther Rumors, Welcome To Manhattan and Attack in Minnesota, Pipe bomb at Seaside Heights, NJ

AoSHQ: So what does new polling show?

Lem’s Place: They are not bombs till DeBlasio says they are bombs