Welcome to Manhattan: Bombing in Chelsea and NYPD Cop Hacked by Palestinian-Jordanian with a long criminal background (and Minnesota too) ISIS Celebrates 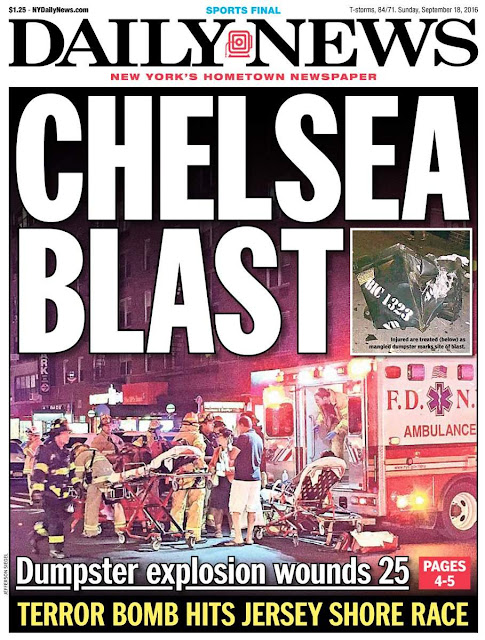 Daily News: Fireball erupts from dumpster in Chelsea, second pressure cooker bomb found
NY Post: Injuries up to 29 in the Chelsea Bombing and a second device was found
Heavy: Five Facts you need to know about 23rd Street Blast
EBL: Pipe bomb at Seaside Heights, NJ
We do not know (yet) if the Chelsea and Seaside Heights attacks are related, but the nature of the attacks are similar and you have to at least assume (initially) there may be a connection. Who did the each of these attacks is not yet known, but one can guess what the motivation might be. I suspect we will find out shortly.
While 29 were hurt in the Chelsea blast, fortunately none are expected to die.  It could have been far worst.
Daily Mail: Terror in Manhattan and New Jersey
Fox News: A man stabbed eight people in a mall in Minnesota today shouting about Allah (before being shot by police)
Heavy: St. Cloud Mall stabber in Minnesota mentioned Allah, asked victim if he was Muslim
Powerline: Clueless in St. Cloud 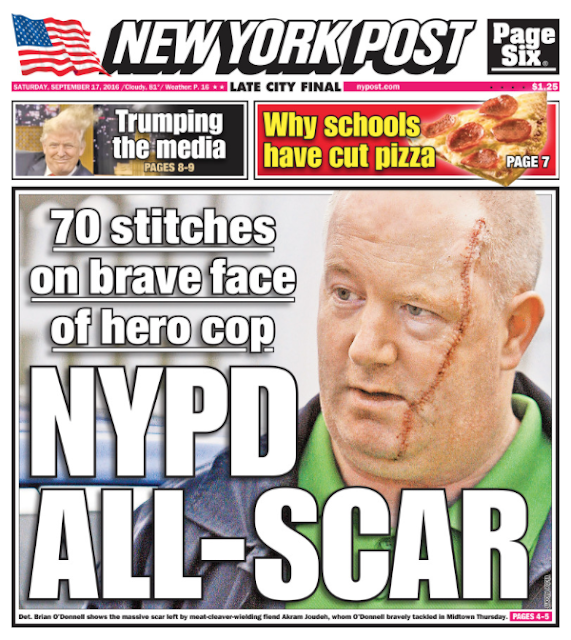 That cop who was attacked by a Muslim maniac with a meat cleaver, it never should have happened:

Akram Joudeh, 32, is a Palestinian with a Jordanian passport who lived in his Nissan Altima and has at least three arrests involving knives, sources told The Post.

His latest arrest, on July 27, came after he allegedly parked outside a Brooklyn synagogue with two knives behind the passenger seat.

He allegedly got out of the car and started shouting “Allahu Akbar.”

Brooklyn prosecutors declined to prosecute Joudeh, one source said, despite his record of possessing and menacing with knives — including a
January 2010 bust for allegedly waving a blade and threatening to kill a 24-year-old store employee in Queens.

“The NYPD went back to the DA and said ‘You guys are out of your mind,’ ” the source told The Post.

Joudeh eventually was charged, but the case was dismissed and sealed. A DA spokesperson declined to comment, citing the sealing order.

“The Brooklyn DA completely dropped the ball,” given his history, the police source said.

Lem’s Place: Life During Wartime and Explosion in New York (and New Jersey) 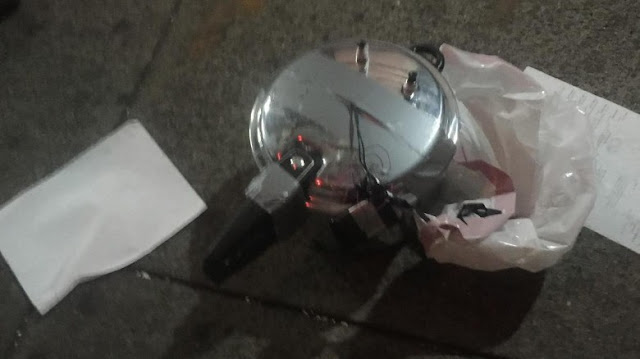 RedState: Media Double Standard (and what is wrong with Hillary, she looks ill), Dem. Senator Chris Murphy is bat****crazy, and Call It Terror 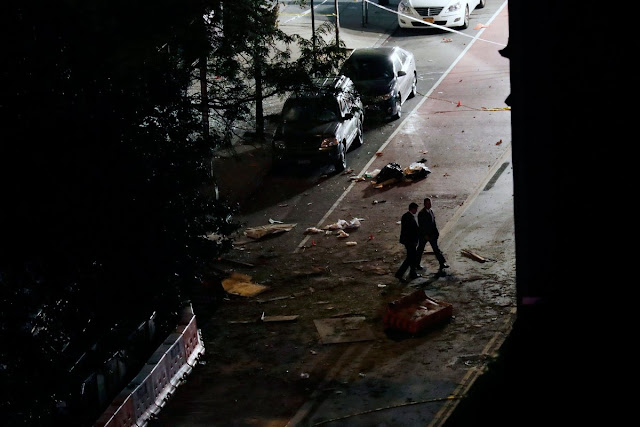 Frail looking Hillary attacks Trump for calling it a bomb, after she does the same thing

The White House Just Changed the Threshold for IRS Snooping on Bank Accounts
Townhall
WHOA: Former Trumper David Weissmann who 'saw the light' and flipped Left BOLTS after receipt-filled thread exposes who is REALLY is
Twitchy
Katie Hill, Congresswoman at the Center of "Throuple" Scandal, Is Having a Child with the Reporter Who Ran Interference for Her
Redstate
Follow the Science! Hospitals Accept Natural Immunity as Reason for Staff to Defer Mandated Vaccine
PJ Media