This is going to become a major story and rightly so. Something is wrong with Hillary Clinton.

Even if it turns out to be just pneumonia, that is a serious condition in itself (especially given her age). Add to that Hillary Clinton’s lack of transparency and lies on a host of issues, few will keep believing her about this. The mainstream media has tried to cover for her, but this is beyond even their Jedi mind tricks.

As Zero Hedge notes, it was a blistering 79 degrees today at Ground Zero

AoSHQ: Not a lot to go on yet

Twitchy, and this too 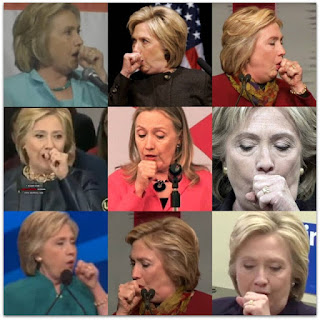 So DRUDGE REPORT sort of guessed it last week?

Is it safe to take Mucenix when you have pneumonia?

EBL: What is physically wrong with Hillary Clinton?

DaTechGuy: Hillary Health Episode at 9/11: No time for the mask at CNN