If you want checks and balances, vote Trump 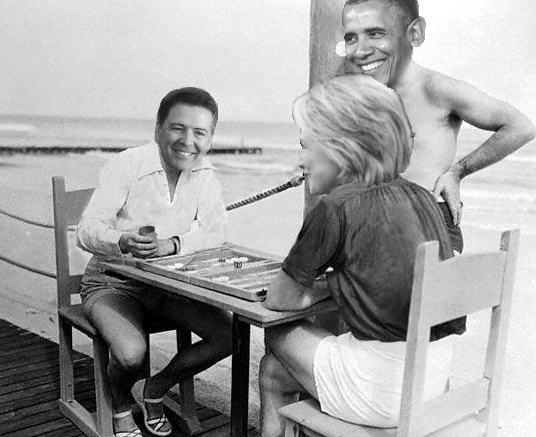 James Comey, channelling some J. Edgar Hoover quality time with good friends
Glenn Reynolds: If you want checks and balances, vote Trump
And the FBI and Department of Justice have seemed curiously uninterested in going after people for behavior that, in other circumstances, would be a surefire ticket to federal prison.
The reason, of course, is that the civil service, though supposedly professional and nonpartisan, has become a Democratic Party monoculture. Federal employees overwhelmingly vote for Democrats, donate to Democrats, and, by all appearances, cover for Democrats as a routine part of doing their job.
When you realize the media is also (mostly) in this threesome above it makes it all the more imperative to not to let Hillary Clinton become President. If you think Hillary Clinton is getting away with things now, imagine what she will do as President.
The pattern of lawlessness of Hillary Clinton goes back decades. If she becomes President, who will call her on it if it continues? There is no reason to think it will stop. 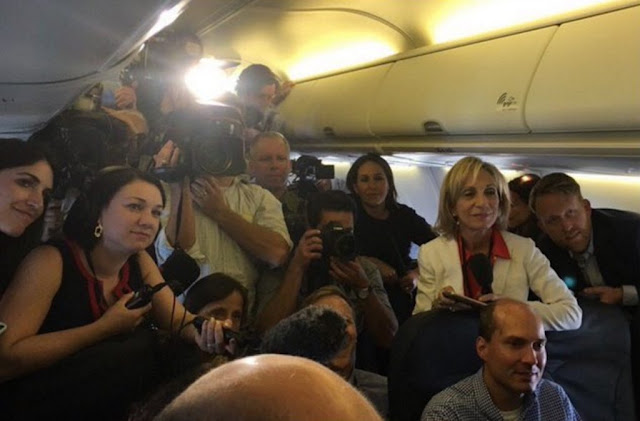 James Comey may also like dressing up and pretending he is J. Edgar Hoover?@AceofSpadesHQhttps://t.co/hVkY9IWxX7pic.twitter.com/vhdSwsCNAs

Instapundit: If you want checks and balances, vote Trump, Clinton double standard, Austin Bay: Hillary’s War on Honesty, Clinton is running a criminal enterprise, someone tell Comey obstruction of justice is a crime, and Roger Simon: Comey should immediately resign for the good of the country
AoSHQ: Comey Must Resign (if he has any patriotism left, that is)
Hot Air: When Hillary lies collide and link to Glenn Reynolds’ USA Today article
Wombat: American Power: An emerging alliance between Neocons and Hillary Clinton? and JWF: What was Hillary wearing during the CIC Forum?
EBL: The CIC Forum was a preview of what to expect in the debates, The CIC Forum, and She Will Always Be My Crooked Hillary
Rush Limbaugh: Hillary’s lies about classified emails
Share
Tweet
Register Login to Comment
TRENDING

There May Be Weeping and Gnashing of Teeth: Missouri House Approves 'Rush Limbaugh Day'
Alex Parker