I was offended by this protest from the start, but I recognize people can protest (I defend that whether I agree or not). I can also criticize them for it–if I do disagree. That is how free speech is supposed to work.

I doubted the sincerity of this protest since I know Colin Kaepernick to be a head case and who has grossly under-performed given what the 49ers have foolishly given him in salary (although they did protect themselves in part with contract clauses). This protest is probably driven more by Kaepernick’s own insecurities than anything else.

Any argument Colin Kaepernick was being serious is now over: He’s just a douche@instapundit @AceofSpadesHQ https://t.co/pPMKA9eBjv 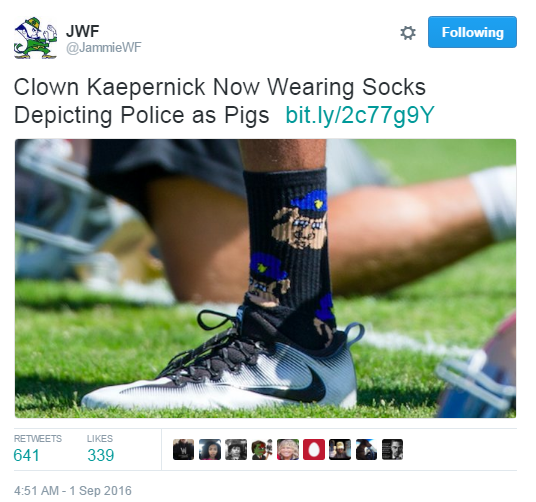 But Kaepernick wearing cop pig socks shows what a pathetic individual he really is. Sorry, there is no justification for that. You are a national sports figure representing an organization (the 49ers Team). You are also a role model for kids. Given the criminal insanity in Dallas, any rational person would not do this. You just showed how seriously you take that. And the NFL is just as bad as allowing this sort of thing yet barring the Dallas Cowboys by recognizing the fallen police officers in their community.

EBL: I defend Kareem Abdul Jabar’s constitutional right to be a chidey whiny scold and Kaepernick’s protest does not stand 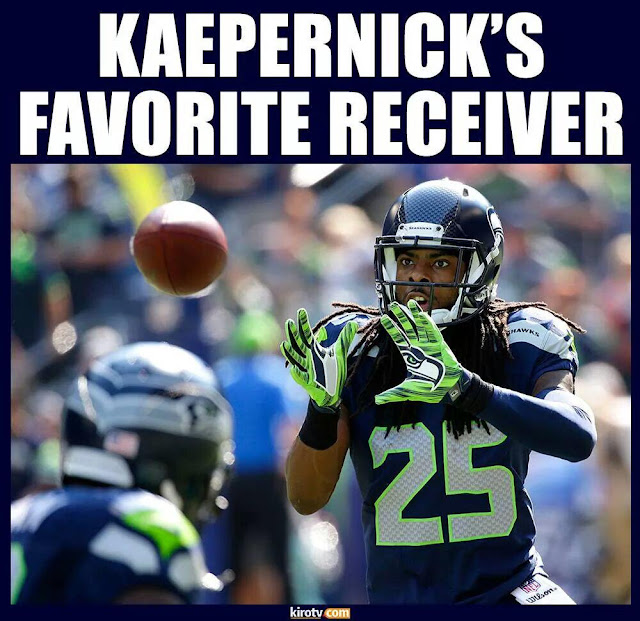 Instapundit/Ed Driscoll: Clown Kaepernick and his Cop Pig Sucks (someone is begging to be cut), Colin Kaepernick: Oh by the way, Hillary should be in jail (at least he is consistent when it comes to the old sick drunk white lady) 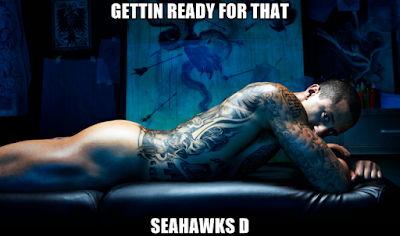 Rush Limbaugh: A message to the NFLSF Gate: What do you with a problem like Kaepernick?

Powerline: What a serious protest by an athlete looks like and Kaepernick’s Timing

AoSHQ: National Review: David French makes the case we should praise Colin Kaepernick (ok, to the extent this exposes the complete sham that is the NFL and the #BlackLivesMatter movement)