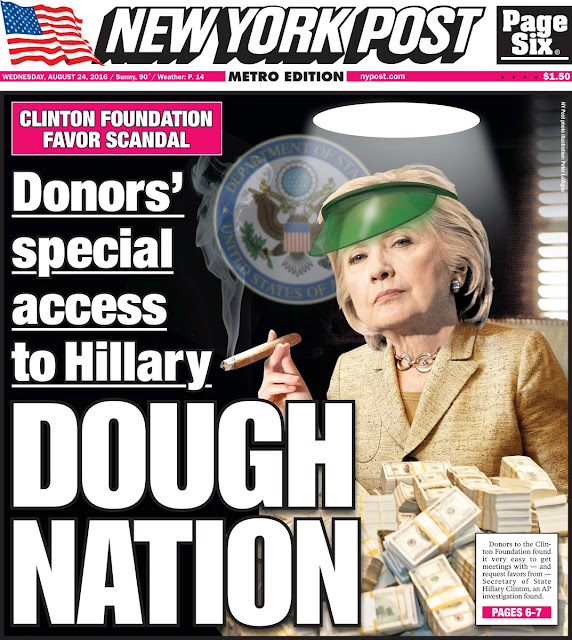 DRUDGE REPORT: You want to see me: Pay me!
Trump hammers Clinton for ‘Third World’- style corruption…
This Clinton crony corruption should be one of the primary issue Trump hammers from now to the debates. Hillary is still lying, blaming others, still trying to divert attention. Hillary Clinton is hoping to run out the clock and hope American voters do not focus on this. Trump went after Hillary in his Austin speech and he and Pence should continue to do so.
Trump calls for a special prosecutor to investigate what the Clinton Foundation was up to. Of course there should be one. But there is a different standard for Hillary Clinton and she is above the law.
FLASHBACK: ‘Foundation’ donors include dozens of media organizations, individuals…Feds Stonewalled Blockbuster AP Report For 3 Years…
Hillary & Huma: Many Troubling Questions…
Run-out-clock election strategy…

STATE FOR SALE…
EBL: The Mystery of Huma Abedin (Huma Abedin was editor for a publication that pushed Sharia law, opposed women’s rights and blamed the United States for the 9/11 attacks)
I also finally got to see Weiner on Netflix.  It is an interesting and fascinating documentary and I recommend you put it on your queue. Beyond Anthony Weiner being a completely out of control Democrat serial liar who betrays everyone around him, it is revealing to see Huma Abedin under scrutiny.
While I thought I would be sympathetic to the public embarrassment and humiliation caused by her husband, Huma’s emotional reactions (from my observation) were strange. She is a very calculating individual who seemed less emotional upset that her husband engaged in reckless sexting, but more contemptuous he could be so politically stupid.
She has a child with this creep. Yet she is now spending all her time on the road supporting and promoting Hillary Clinton (leaving young Jordan in the care of a father who has a track record of being easily distracted). Huma shifted from one narcissist to another.
There is a political lesson in Weiner too. They focus in the documentary on that exchange Weiner had with an Orthodox Jewish man in a bakery.  It was widely reported at the time (even I did a post on it). Obviously Anthony Weiner was already melting down at this point of the campaign, but this exchange makes Anthony Weiner look like a complete jackass. If you are in a close race be-careful getting in arguments critics with the media present. 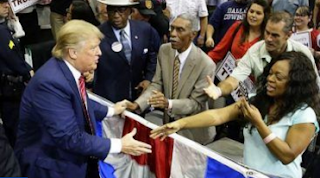