I really want to see Hillary Clinton’s downfall, but if these reports are true…

I take stories like this with a big bag of salt, especially given the underlying source is from the New York Times (which on a whole has a partisan bent in this), but I have I have had many of these same concerns myself from watching events unfold from the outside. I agree with John Nolte on this point, Trump would be better served giving up ad libbing at his rallies.

There is an effort in the media to demoralize Trump supporters to steer the outcome of the election.  It is not that Crooked Hillary is running a great campaign, it is just that the Trump campaign (mainly through Trump himself) can’t seem to stop tripping himself up.  Fair or unfair (and I recognize he gets treated unfairly by the media in comparison to Clinton), the Trump campaign does look disorganized, appears to be off track since the conventions, and is not disciplined.

That does not mean Trump can’t turn it around. There have been a couple of good things Trump has done, but it gets drowned out in repeated (and at least avoidable in part) negative media cycles. 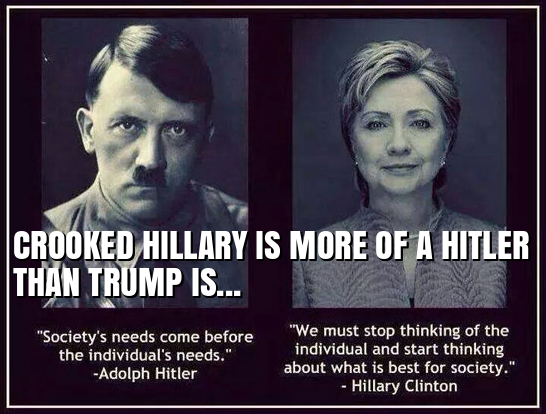 Instapundit: Trump says he would be up 20 points if it were not for the corrupt crooked media, Trump exhausted, bewildered, Black Lives Matter may still get Trump elected, Hillary’s Short Circuit, Multiple FBI investigations still underway into Clinton Foundation corruption
Hot Air and Twitchy: Trump’s focus is on the Crooked Media and its attempt to tear him down

Trump says the media favor Hillary. But the objective news anchor who once worked for Hillary and said “I love you” to her disagrees.

Kevin Williamson/NRO: Trump is Losing It and Losing It