John Nolte has some excellent advice for Donald Trump... 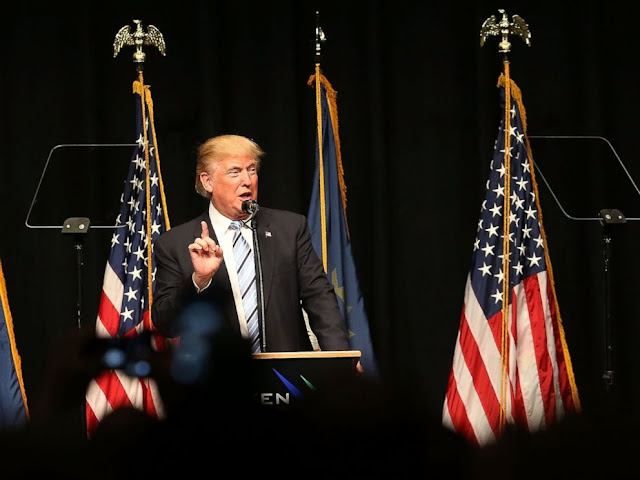 I am so sick of the false outrage over what Donald Trump says. Post conventions, I thought Trump was blowing it mixing it up with Mr. Kahn post convention for a number of reasons, most important being “don’t punch down.” As the candidate going against Hillary Clinton, his attacks need to be directed to Hillary Clinton and the failed and corrupt policies she is promoting.

So finally this week Trump gives a decent speech on economics in Detroit.  Trump points blame at the failed policies of Democrats (who managed to destroy Detroit and most cities under their control).

In contrast, Hillary Clinton has the Orlando shooter’s dad show up in the VIP seats behind her podium in Kissimmee.  How is Hillary going to let in tens of thousands of Syrians refugees come to the USA (all subsidized on our taxpayer dollars) when she can’t even vet people invited to her political rally?
Hillary’s emails may have gotten an Iranian nuclear scientist executed for espionage. Do you remember the false hysteria over Valerie Plane?

On top of all of that, Hillary’s health may be failing. It may have been failing for a long time, but the media is covering for her.
So you would think this might be a good week for Trump?  Yeah, think again.
The Clinton Campaign and its media allies went crazy over Trump’s second amendment comments that he ad-libbed. the other day. I thought I must have missed something given how crazy people started getting.  So I went back and listen to that speech a few times. This a media shit storm of crap, intended to vilify Trump and block any criticism of Hillary Clinton.  I know that most on the left don’t even believe it themselves, you can tell by how gleeful they are going after Trump over this.
And Don Lemon, seriously, control your hysteria. I won’t bother asking you to act like an objective journalist (because you are not one), but try acting like a man. Who do you think you are, Joy Behar on The View?  CNN, I hope your ratings collapse.
The truth is, if CNN went after these Clinton stories equally hard and objectively it would be dominating cable news ratings. Some reporters at CNN do it, but they get drowned out by the lame asses. The public is starving for objective fair news coverage. Fox News is not particularly so great at it, just slightly better than CNN, MSNBC and the Networks.
To all of you blasting Trump over that speech and its 2nd amendment comment: Go F*ck Yourselves. I find your feigned outrage offensive. All you want to do is destroy Trump and try to destroy the right to bear arms in America. And you know the only actual violence I am seeing lately is directed at Trump supporters. And in the rare chance some lunatic goes and shoots Hillary Clinton over this, it still wouldn’t be Donald Trump’s fault. I am getting to the point that I don’t care anymore other than to say molon labe and GFY.

I did not support Trump in the primaries. I thought he was a poor choice for the GOP.  Oh well, a plurality of primary voters disagreed. So our choices are Trump or Hillary.  Bernie is enjoying his new $600K lake vacation house and Gary Johnson and Jill Stein are not viable options.  So you have to choose, Trump or Hillary.

Given how completely and utterly corrupt Hillary Clinton and the Democrats are, Trump is the better option. To you #NeverTrump people, if you can’t in good conscious vote for him I get that (even if I disagree with you). Do what you got to do. But if you still contend to be conservatives, you can spend some time addressing what a horrible candidate and person Hillary Clinton is. And the truth is if she wins she will be way worse than Trump.

Can Donald Trump win this thing?  Maybe, maybe not.  Will he be a flawed president if he wins? No doubt, no one is perfect and Trump has a lot more imperfections than most. Still, I hope Crooked Hillary loses because she will be way worse.It is still a long way till votes start being cast.

So I would encourage Donald to take some time preparing for the debates and take John Nolte’s advice and give teleprompter speeches for the time being. I know Trump does not care for teleprompters.

The media will still make up stuff about you, but they will have less material to work with. Your active supporters won’t leave you and you may pick up some of these undecided voters on the way, but it will drive the media whores crazy.  You can also have your team feed lines into the teleprompter that attack Hillary Clinton’s corrupt and crooked ways. 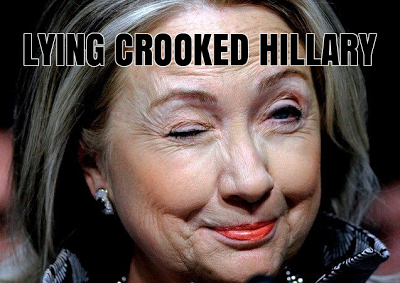 Instapundit: Neo-Neocon: Trump and his 2nd Amendment People, Dan Rather: Fuck You Too, Austin Bay: Hillary is never held to account, Roger Simon: Why the mainstream media hates Trump, Hillary’s Pay To Play Scheme at the State Department, more Clinton corruption revealed, and She Lies (she always has)
AoSHQ: Crony Criminals: This is why #NeverTrump really makes no sense
Wombat: Twitchy: Guess what happened when the FBI recommended a probe of the Clinton Family Foundation? and Commander Salamander: What he saw at the Trump Rally
Rush Limbaugh: How the left tries to take out candidates on the right, Flashback: Remember when Hillary hoped for Obama’s assassination?, The Trump outrage is phony, Gun owners and Trump supporters are tired of being smeared, how Mrs. Clinton gets away with it, and new Hillary email bombshells
Daily Wire: 10 minutes of CNN cutting off people criticizing Hillary Clinton
Share
Tweet
Register Login to Comment
TRENDING