Hillary Clinton's Let's Make A Wish: I am staying in the race in case Barack Obama gets assassinated... 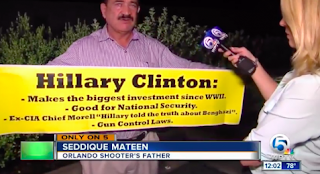 The dust up over Trump’s 2nd amendment comments (which was absolutely NOT a threat) is about distraction. As Rush notes: This is a case study of how the media tries to take out candidates on the right. 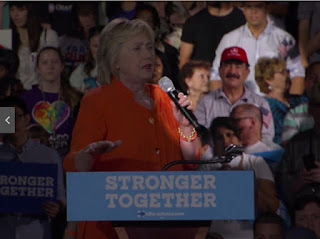 The media also want you to look at that to avoid you looking at Hillary Clinton’s faults. As Instapundit notes: The media spent five times more airtime on Trump’s 2nd amendment comments than Hillary Clinton inviting the Orlando shooter’s dad to premium seats for her Florida rally. Crooked Hillary is having a scandal a day, but you wouldn’t know if from the media coverage.
Update:
Instapundit: Hypocrisy, thy name is Dan Rather and Trump and his 2nd Amendment People
Hillary Clinton did get called out on this a bit (at the time) since her comment was directed against lefty media favorite Barack Obama. Hillary Clinton has never forgiven the slight of Obama jumping the line in front of her. If only she could have gotten away with taking out Barack Obama… 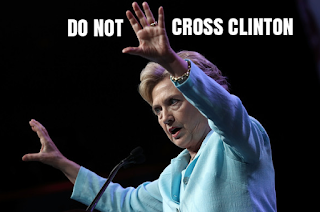 DaTechGuy: Hillary’s Daily Scandal
American Power Blog: Trump comment not a threat
Regular Right Guy: Did Team Hillary murder Seth Rich?
Victory Girls: Hillary Clinton’s emails show lack of ethics
Don Surber: The girl raped by Hillary’s crim client speaks out
Roger Simon: Why does the media hate Donald Trump so much
Rush Limbaugh: Was the murdered DNC staffer a Wikileaks source? and new emails
Jammie Wearing Fool: Child rape victim speaks out on how she was treated by Hillary
The Last Tradition: Faux Outrage? (oh you betcha, the media sound downright gleeful about it)
Commentary: The False Trump-Rabin analogy (you know something the analogy itself is BS, whether it is directed at Netanyahu or Trump)
Lem’s Place: Hillary’s emails reveal her pay to play scheme at the State Department, Did murdered DNC staffer leak the 20,000 DNC emails to Wikileaks?, Have they I.D. Hillary’s medical handler?, Paul Ryan won big…who really lost?, All media is in deep crisis, is Trump responsible? 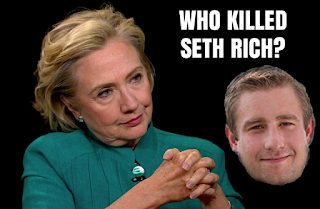 Hmmmm
DRUDGE REPORT: CNN: DOJ blocked Clinton Family Foundation Probe (the fix was in, it was always in)
AoSHQ: Crony Criminals: This is why #NeverTrump really makes no sense
Share
Tweet
Register Login to Comment
TRENDING