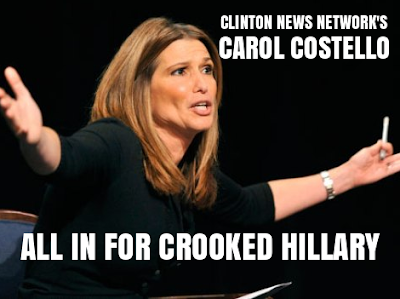 Interesting how she asks Mr. Woods who he is endorsing…
I find it amazing how Carol Costello keeps digging for Hillary Clinton and stirring the pot on the Kahn issue. Kahn’s son died 12 years ago in a war that Hillary Clinton supported (and Donald Trump opposed).  Charles Woods’s son died while Hillary Clinton was secretary of state and during a conflict in Libya that she supported Americans get involved with.
My sympathies go out to Mr. Woods for his loss of his son and his responding with tact and grace to Carol Costello. Mr. Woods is a gentleman and well spoken.
The past partisan bias of CNN  and Ms. Costello we know, but this example is just so over the top and blatant. Talk about Costello trying to steer a story to an intended outcome. And as Rush Limbaugh notes below, it is interesting how there seems to be a full on coordinated press on Donald Trump right now. 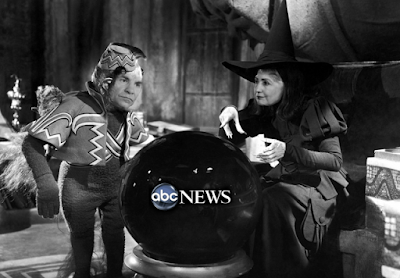 Not just CNN, the Clintons have their plants at all the networks…
Rush Limbaugh: If Trump is truly imploding, why is the Washington Establishment in a panic?  and Clint Eastwood rips the Pussy Generation, and Walid Phares on why Trump is best to fight Sharia
EBL: Clint Eastwood has some good advice to the nation, the Media and Mrs. Clinton, and You know who is unfit for President?, London Stabbing
Instapundit: Big Media coordinates hits on Jill Stein, The Hill: Bill Clinton’s call for massive voter fraud ignored (it helps to have the media on your side)
London Stabbing: American Power Blog: Daily Mail says it was over being bullied in school?
90 Miles From Tyranny: Lou Dobbs: Strange Bed Fellows

Gold Star Widow of Ty Woods: No Way Hillary ‘Can Fundamentally Be C-i-C’#NeverHillary#MAGAhttps://t.co/HwNuLPsGgQpic.twitter.com/GSKdWJUQen

DaTechGuy: Is Trump where he wants to be?

Powerline: 95 Theses about Trump and the Election

How Do The COVID-19 Vaccines Work?

And Now...Some Progressives Are Attacking Each Other Over COVID
Townhall
Group has liberated land to be a city for colonized people only; No rent, no kkkops, rona or colonizers allowed
Twitchy
Biden Goes Off the Rails in a Gaffe-Arama, Including One Word That Has People Talking
Redstate
Paging Ron DeSantis: Journalist Faces 20 Years in Prison for Investigating Corruption at Fla. Women's Shelter
PJ Media