You Know Who Is Unfit To Be President: Barack Obama paid $400 million in ransom to release American prisoners in Iran 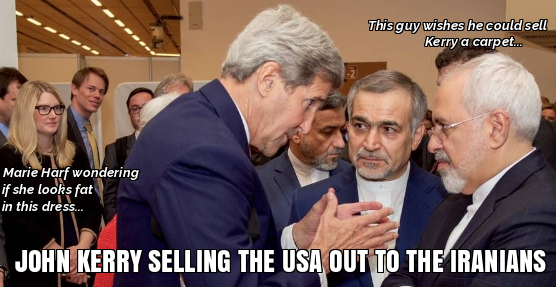 WSJ: The Obama Administration sent $400 million to Iranians as American captives were freed
Instapundit: Austin Bay: The real price of the Iran ransom
Obama was desperate to push through a terrible deal, just to make it seem like he was doing something on Iran.  It was improbable any military action was going to be pursued by Obama (the US waited too long for that and unfortunately held off the Israelis from doing anything). But freeing all this money to the Iranians and lifting sanctions for essentially nothing was a terrible precedent to set.
I do not mean to imply these four hostages released where “nothing.” They were falsely held by the Iranians and serious efforts by the US government and the State Department should have been made for their release. But to release them under terms like this only encourages more hostage taking by Iran and other actors.
This deal was never really about the hostages, however, it was about Obama’s deluded legacy. And that makes it even worse.

Doug Powers/Michelle Malkin: So that money for hostages…ransom?
Instapundit: Who is unfit to lead the USA when it comes to foreign policy?
DaTechGuy: USA under Obama/Kerry paid $400 million in ransom to the Iranians
Legal Insurrection: USA sent $400 million to Iran when they released hostages, sounds like ransom?
Share
Tweet
Register Login to Comment
TRENDING