Should the NRA be championing the cause of Philando Castile? And is #BlackLivesMatter based on a lie? 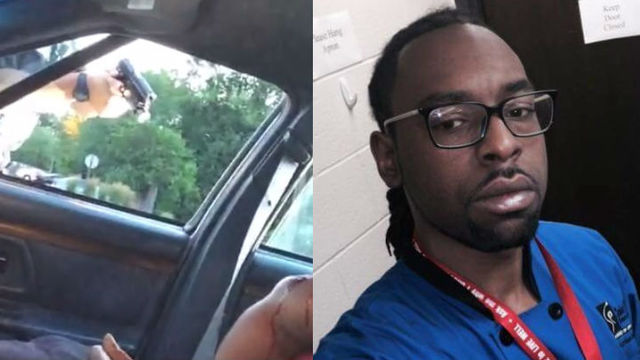 Broken tail light not the only reason for Castile’s stop
The NRA’s internal debate over Philando Castile
I can understand why the NRA would be hesitant to jump into something like this. While one of the first thing I thought was how this shooting played out for conceal carry persons and interactions with the police, we do not know what immediately led to Philando Castile getting shot and killed.

There is no evidence this particular cop, Jeronimo Yanez, was inherently racist, but did the officer over-react with a black suspect? If you are a cop stopping a potential robbery suspect (in your mind) and that person has a gun on his lap (this is speculation, for purposes of debate)–that is a very potentially dangerous situation. The wrong move in that situation could get anyone shot. Even if a mistake, that is tragic but it is not necessarily criminal (on the part of the cop).

Was Castile not following directions, which led to this shooting (a tragic mistake)? Did Castile actually threaten the officer (justifying the shooting)?  This is still playing out.

I support greater black and minority legal gun ownership and conceal carry. The NRA should have greater outreach. The problem in many black communities is only the bad guys have guns.  So if this Philando Castile event turns out to be more tragic mistake or fault of the cop, then yes the NRA should champion his cause.

But we are dealing with increasing lack of trust between the police and black Americans (and that is nothing new).  Truth is while black cop shootings are higher percentage wise than white Americans, blacks are also involved in far more crime statistically than white Americans. When you consider felony arrests and stops and shootings, blacks are not shot more than other ethnic groups. The whole premise of #BlackLivesMatter is based on a media perception lie.Powerline: Are Blacks Disproportionally Involved In More Police Shootings? and Who Speaks for America?

The New York Times tries to spin that while shootings are not higher, use of force in encounters is higher when black suspects are involved. The NYTs statistics are not overwhelmingly higher and this again depends (a lot) on context. If you also have an increasingly angry black population, that is going to tend to drive these numbers up higher.

Which is why community policing makes a lot of sense in minority communities. You want better understanding between citizens and the police. Sadly, Dallas’s police force was a model of community policing (which does not help when you have an angry hateful killer).

Lem’s Levity: Chris Rock: How to avoid getting your ass beat by the police (good advice)

VodkaPundit: What happened to Philando Castile?

Instapundit: Democrats blame Republicans, but who runs America’s cities?, I was told 8 years ago there would be racial harmony and affordable health care, The Myth of #BlackLivesMatter, The fish rots from the head down, Worst President, Obama fanning anti police hate, false racism claims put cop lives in danger, one cop’s experience in Dallas, Detroit girl uses birthday money to buy lunch for cops (more of this please), cop that shot Philando Castile was a latino named Jeronimo Yanez, media fans the flames of hatred

TOM: Why does CNN hate the police?, Killer was a Pervert, Bill Clinton met with leader of anti-police hate group two months ago, and The War on Cops

Legal Insurrection: Murdered Dallas Cops and Maybe OJ can find out the motive of the Dallas shooter

Michigan Gov Sneaked off to Florida in a Billionaires' Jet and No One Seems to Care
T.LaDuke

Liz Cheney Is Reportedly Looking for the Exit and It Cannot Come Soon Enough
Townhall
So TOUGH! Mask Nazi RUUUNS AWAY after his video-attempt to shame a maskless pregnant woman BACKFIRES on Twitter (but we grabbed it)
Twitchy
A Major Biden Administration Scandal Is Brewing
Redstate
Insanity Wrap #201: Liz Cheney Takes Her 'True Conservative' Message to... The Washington Post?
PJ Media