Hillary Clinton called out as a liar

Scooter Libby got prosecuted for lying. So why not Hillary Clinton? Is there a double standard here?  You betcha.
Given the Democrats are not going to do anything about Hillary Clinton’s crimes, it is up to the American voters to respond. God help us, we deserve what we get if we put this corrupt sow in as commander in chief. 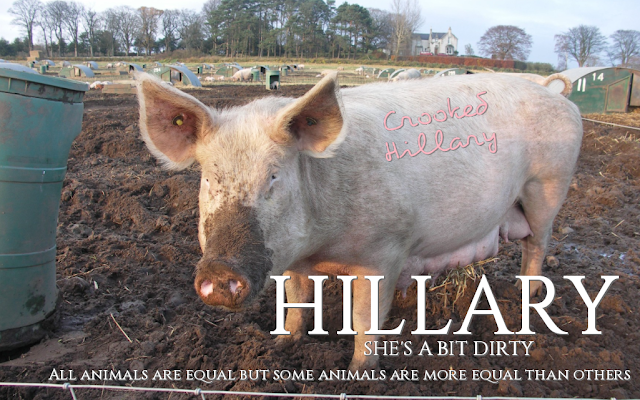 Instapundit: Austin Bay: Cowardly Comey sells out rule of law, The 14 most damaging things said about Clinton in Comey’s press conference, It’s the cover up, The evidence is all there, you can see what she did, Laws are for little people, Comey’s unusual remarks, I would indict Clinton, No reasonable attorney general meets with the spouse of someone under investigation
AoSHQ: How to delete as many emails as possible and State Department refuses to answer if Hillary and her minions retain their security clearances

Legal Insurrection: Those who lived under Communism know exactly what happened here, Harold Ford Jr. would give Hillary a security clearance, and cartoon of the dayLem’s Place: Lying is the most fun a girl can have with her clothes on and It’s all rigged

DaTechGuy: Different standards and you wonder why conservatives are arming themselves

Jonah Goldberg: Does not get it (if you accept the premise that Comey would have recommended prosecuting viritually anyone else, but chose not to make that recommendation for Clinton based on political pressure, it makes more sense).