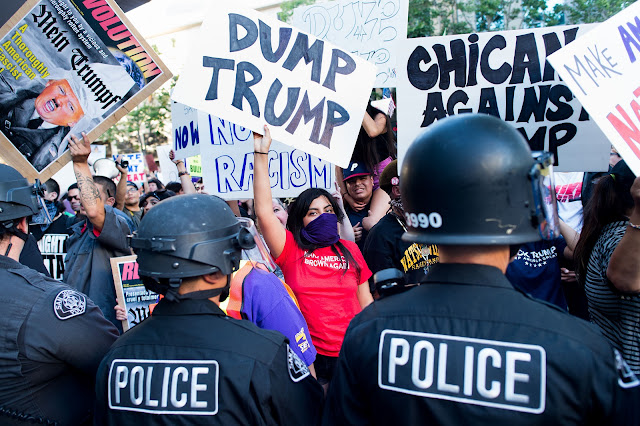 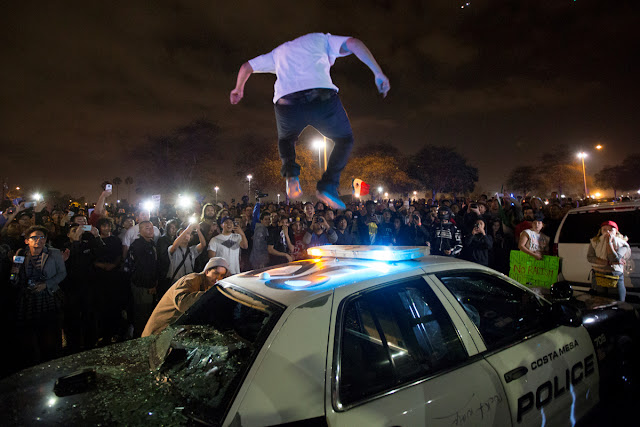 Daily Wire: Anti Trump Protesters destroys Costa Mesa Police car
DRUDGE REPORT: Trump Supporters Terrorized By Mob
I do not care if you like Trump or not, partisan violence like this cannot be tolerated (be it from any political persuasion). It is wrong regardless of who does it. Democrats have been doing stuff like this for a while (remember those Black Panther members intimidating voters in Philadelphia), we had the riot in Costa Mesa, and now we are having riots in San Jose.
Ben Shapiro (who is NOT a Trump fan either) is disturbed by this new trend:

The tendency of the media has been, however, to blame the rise of Donald Trump for this violence. They blame Trump’s rhetoric for eliciting violent response from the left – a pure example of “she was wearing a short skirt, so the rape was inevitable” logic. To make that logic perfectly clear, Tuscon sportscaster Jacob Rascon Paul Cicala tweeted, “Hey brother…you aren’t reporting that she was taunting protesters moments before pointing to her Trump shirt etc. Please be fair…not ok my friendthose protesters are definitely wrong. But, she has to be careful egging them on or she sets herself up for that.” Vox editor Emmett Rensin tweeted, “Advice: If Trump comes to your town, start a riot.” He then added, “Listen, if Trump is Hitler then you’ve got no business condemning rioters. If he isn’t, you’ve got no businesses pretending normal is better.” The Mayor of San Jose, Democrat Sam Liccardo, blamed Trump directly: “At some point Donald Trump needs to take responsibility for the irresponsible behavior of his campaign.” It is worth noting that there were many reports of San Jose police standing down as Trump supporters were attacked.

This double standard by the left cannot be tolerated any more. It was wrong when a Trump supporter engaged in violence. It is equally wrong when it is directed at Trump supporters. And Democrat Mayor (and Hillary supporter) Sam Liccardo has justified this illegal behavior (and may have encouraged police to stand down).
This sort of violence needs to stop and be denounced by all politicians. There is an option if you do not like Donald Trump, don’t vote for him. Go promote some other candidate. 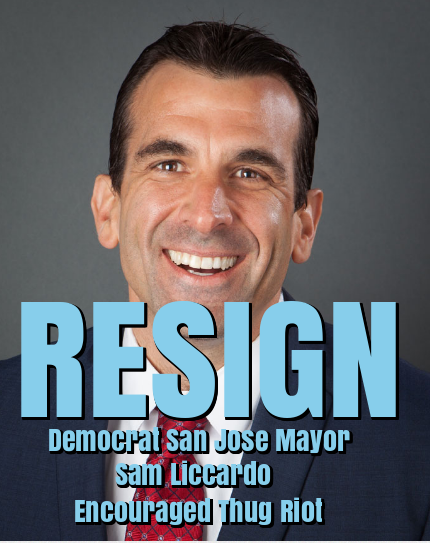 Instapundit: The Juice Box Mafia at Vox promote riots against candidates they don’t like and Ben Shapiro: How the American left made violence the new normal

Conservative Treehouse: Trump supporters terrorized in San Jose and Hillary Supporting Mayor looks on and laughs (and then blames Trump)