The Crubio Dream Lives On, But It Was Never Real 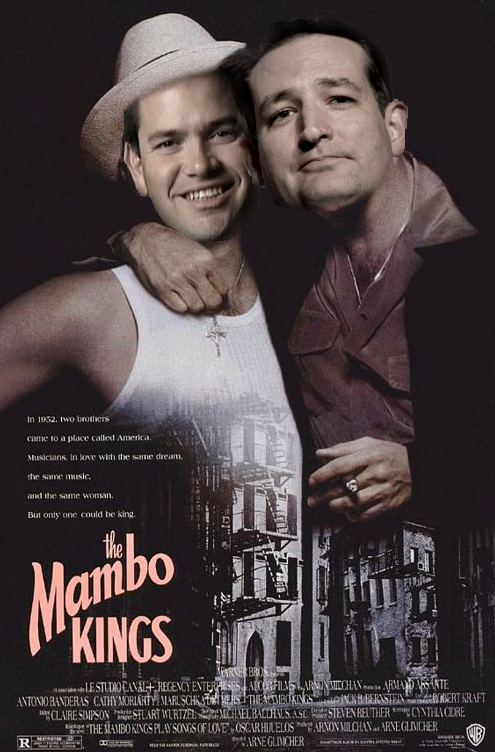 Spengler’s Prediction Aside,
How Does This Help Now?
Jake Tapper presumably has a good source…

Wallowing in what might have been does not help. I would have greatly preferred Cruz and Rubio as our presumptive nominees, but I doubt that unity ticket would have changed the primary outcome.This was an unusual year and voters (on both sides) were looking for an outsider. The DNC was just more effective in blocking Crazy Socialist Sanders than the RNC was in blocking Trump. We are paying for past mistakes.

Ted Cruz unfortunately did not resinate with enough voters. While I still think Ted Cruz was the best candidate running (on policy) he is not a very good candidate on winning voters in a national race. Ted Cruz also burned way too many bridges on his path to the White House, which is why he is not the nominee. Ted lost allies he needed to block Trump’s path.

The GOPe figured if we are likely to loose 2016, might as well lose with a one race shot like Trump than a conservative insurgent like Cruz. Of course, the establishment are divided.  Trump is not getting universal support from the GOP e either.

Cruz’s attempt to appeal to the voters did not work. Not only did Ted Cruz fail to expand his base, he even managed to lose Evangelicals to Trump.

Of course, Marco Rubio severely damaged his brand prior to the race (ended up wasting resources battling with Jeb!) and was surprisingly glass jawed to a rough but predictable attack by Chris Christie. 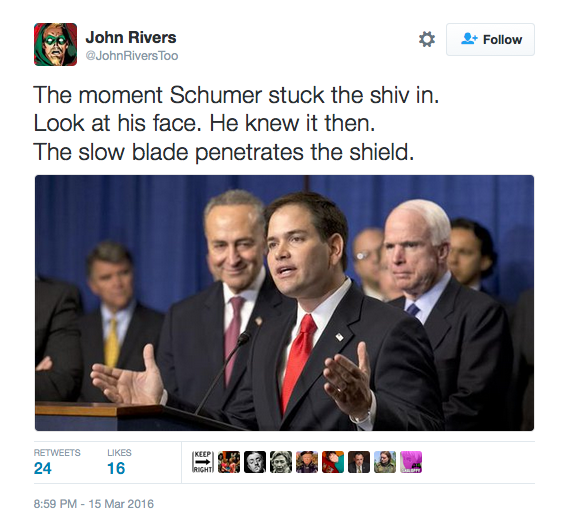 Trump played on fear.  Okay, so do all candidates.  That is just one technique for winning.

Okay, this is a bit OTT (although it did make me laugh), but when you have to woo voters politics has always been about marketing and playing to your prospective audiences. Even when it was unseemly for candidates to run for office, they still ran for office through surrogates (think Ann Coulter and Hannity for Trump).

Joel Pollock actually makes a good point here. Cruz’s New York Values comments hurt him badly in the New York primary.  That lack of momentum contributed to Cruz’s crash going forward. With the momentum he had from Wisconsin, what could have been.

New York Values are what ultimately made the United States. Not the current New York political values (which are a mess and what Cruz was attacking Donald Trump for) but the free market entrepreneurial values of New Amsterdam which profoundly (and in a very good way) influenced the United States.

Instapundit: Why Trump Won, the slow blade penetrates the shield, they hate Trump but they fear Cruz, and where would Trump be if he ran as he actually is, the amnesty candidate?

Rush Limbaugh: Vicente Fox blasts Trump’s Taco Bowl (I have to admit, while definitely not thrilled by this election, I am going to enjoy siting on the side lines and seeing Trump and his critics take pot shots at each other).