Do The Democrats Still Have A Plan B?

Joe Herring at American Thinker raises the possibility
Interesting article. I’d say no, only because why go through this whole primary process to do this?  Seems an especially risky way to go. Why not have Hillary bow out a year ago and just go with Biden and Warren?  Biden (for all his gaffetastic ability) was always a better candidate for the Democrats than Hillary (especially teamed with Warren).  Now they have the complication of a competing candidate with Bernie Sanders in the mix.
Of course, the problem with Trump is it raises uncertainty for everyone.  Does anyone, Trump included, know what his Administration plans and goals would be if he wins (other than getting Mexico to build a wall)?  And while it is likely Trump would lose big to Hillary, it was also likely he would never get the nomination (yet it looks like he will do so).
If things do heat up with the Clinton FBI investigation (why would Salon run this), could the Democrats still go with Plan B to stop a President Trump taking control? It is possible (I am sure they have thought about it at the White House). Biden’s typical motor mouth would probably pair well in a contest with Trump’s tweets.  Bernie supporters may defer if Elizabeth Warren was on the ticket. Obama would prefer Biden in the White House over Hillary.  It would raise all sort of drama and publicity at their convention (as we have seen, dominating the news is generally good).
Plus with Trump as the presumptive GOP nominee, Dems must figure they have so much opposition material that even Hillary can’t blow this?  Nothing is guaranteed. Ambassador Chris Stevens is also not available for comment. 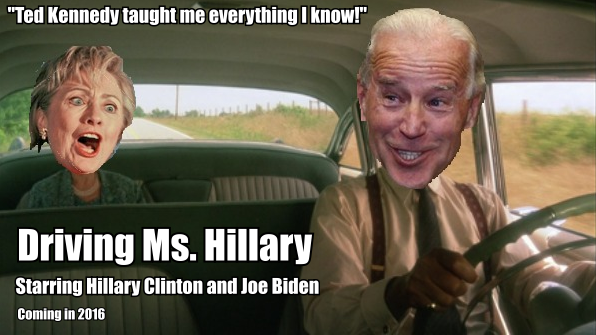 EBL: Granny Hillary has not driven in years and These Driving Ms. Hillary memes never get old! 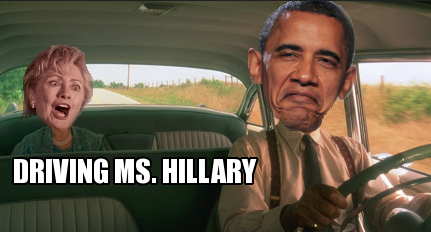 She is really old…

The Game of Throne memes still work too: 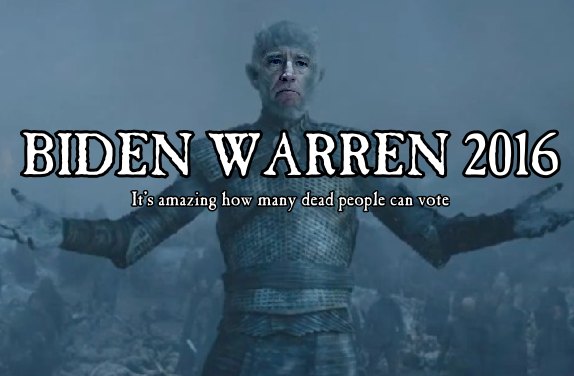 Biden does have that White Walker look to him…

Rush Limbaugh: The GOPe want to lose with Cruz? I think they figure they will lose with either and wait till 2020 (always count on the GOPe to lose). Right now the GOPe is with Trump.