Why is John Kasich even running? 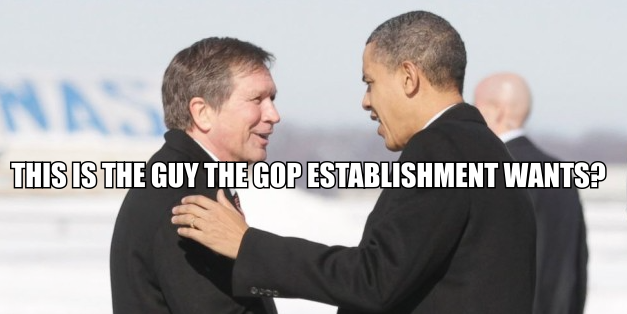 The more you see of Kasich, the less you like him…
The Circus: Kasich just figured this out last week?  What BS is that?
I thought this was all about Kasich running for Trump’s Veep, but he came out rather harshly on Trump and Trumpkins being at the Ohio convention.  Kasich is trying to appease himself to the party powers that be.
So what is Kasich’s end game?  Just helping Trump win by splitting the Ted Cruz anti Trump vote? Kasich cannot win the nomination (he is mathematically eliminated) and there is no way the party will make him the nominee in a brokered or contested convention.  Ohio and possibly a state or two more (I doubt he will win anything more), will not translate into any leverage for him. 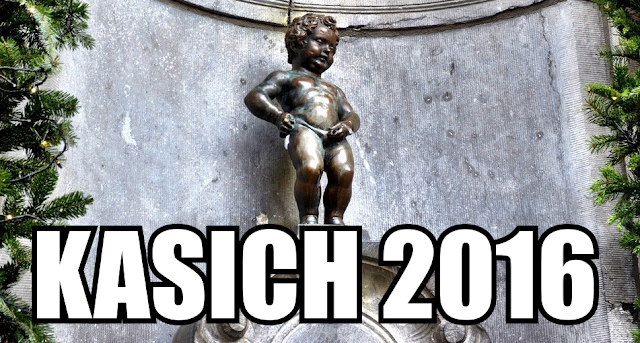 I don’t even think the GOP establishment can really stand Kasich. Which is saying a lot since they absolutely loath Ted Cruz, but are willing to at least consider him as a Trump alternative. An AoSHQ commentator captured what is wrong with Kasich (hence the image above).
Mark Halprin’s The Circus on Showtime this week also did a segment focus on Kasich, post his Ohio win.  They were scratching their heads given how odd he was at campaign events.  There is also his testy exchange with Halprin (Halprin asks him if he is Quixotic) which is great (I hope they release it on YouTube soon).

RedState: If you want Kasich for president, vote for Cruz? Kasich may be out of cash by April (couldn’t be soon enough), Kasich claims a fake Mitt Romney endorsement in Utah (Romney actually endorsed Cruz), and Kasich walks back claiming he would support Garland for SCOTUS

Rush Limbaugh: Ted Cruz can still win, Four different reasons why Hillary is the worse nominee ever for Democrats, the future of the GOP hangs on Kasich? and Republicans must unite, welcome new voters and defeat the Democrats,