So is it confirmed Barack Obama and Loretta Lynch will quash any prosecution of Hillary Clinton? 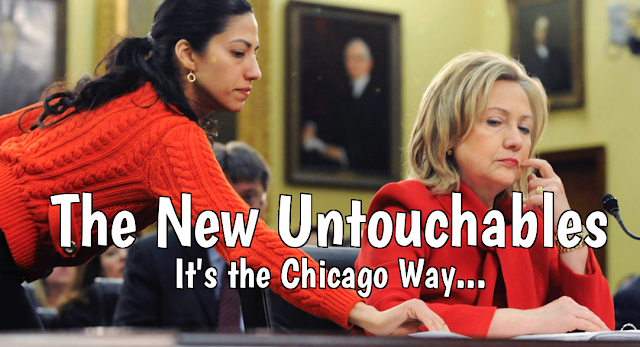 Hot Air/Jazz Shaw: It sure seems that way, but…
Republicans have backed down for now to let the FBI do its job. Is this the beginning of the end of Hillary Clinton’s political career or not?  The FBI is not acting that way, working to flip persons around Hillary to get at the bottom of this.
The media has been mostly protective of Hillary (or at least not treating it as they would if it were a Republican being investigated). The Obama Administration wants a Democrat to take over the White House. My thought has been if Obama can bury this he will (Plan A). Jazz Shaw is absolutely correct on how he is reading those tea leaves. Any indictment of Hillary has to go through Loretta Lynch and Valerie Jarrett (as well as Barack Obama). As much as they loath the Clintons, the Obamas want a Democrat taking over.
But if it gets too hot politically (since the FBI is not cooperating with the fix), Hillary may not be viable politically. Hillary may be so damaged the Democrats will not want to supporter her anymore. Do the Democrats want to risk a Donald Trump or Ted Cruz winning the White House?
The Democrats are the party of choice. If her position further erodes, Hillary will get jettisoned at the Democrat convention (Obama can pull the plug on her anytime he wants–telling her she is out but he will give her a pardon) giving a Biden-Warren ticket the opportunity to step in and save the day (Plan B). That can’t happen too soon or it benefits Bernie (who is definitely not Plan B for the Democrat hierarchy). A Biden Warren ticket would be electable, would actually be allies in the White House the Obamas would prefer, and would appease Sanders supporters (and probably Sanders himself).
Instapundit: Good work Mr. President,  Mr. Brooks is confused, It is not only the FBI Hillary has to worry about, the NSA is not happy with Hillary, Hillary doing well with African American women (must be her Raisin in the Sun accent), Sanders playing ball with Hillary (so far)
DaTechGuy: Trump’s rise is proving Ted Cruz right (and no I do not blame Ted Cruz or Rush Limbaugh for Donald Trump’s rise, that’s myopic–the root of this goes way deeper and ultimately to a combination of erosion of societal morals and the betrayal of conservative principles by the GOPe).
Observer: Hillary has a NSA problem
Regular Right Guy: GOP’s Plan C
Share
Tweet
Register Login to Comment
TRENDING