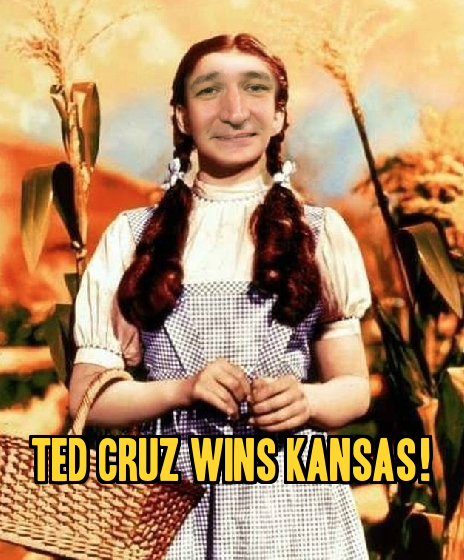 AoSHQ: Ted wins Kansas and is leading in Maine
I thought Donald Trump (with the exception of Chris Christie in the background) was very good post Super Tuesday. He gave a very…classy if you will…statement following his win. He also did a decent job fielding questions from the press.  At the time I thought, he is starting to pivot for the general.
But that debate the other night in Michigan was a disaster.  I did that post about Trump and Megyn Kelly as a joke beforehand, but it might as well have been a clown pie fest (and not in a good way). The back and forth between Donald Trump and Marco Rubio was exceptionally bad. Trump did not do himself any favors.  It is not just the candidates, the raucous partisan audience does not help either (and that blame goes to the RNC).
Instapundit: Ted wins 2, Trump wins LA (and probably Kentucky), Ted wins Kansas and How Trump plays the media
AoSHQ: Cruz surges, Trump flat, Rubio collapses 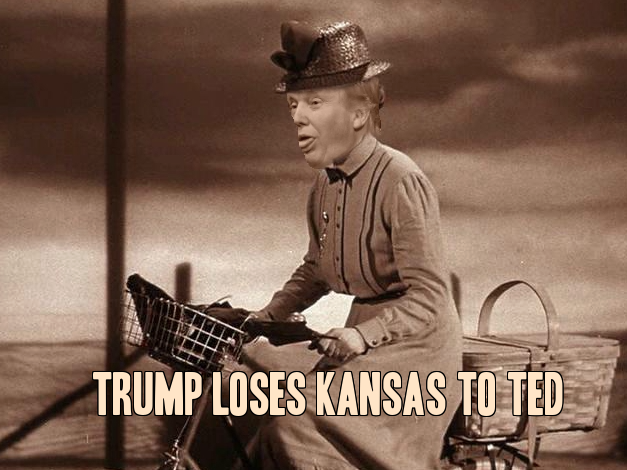 RedState: A surprise winner in Kansas (by a lot), Kansas confirmed for Ted, and Trump booed in Kansas

Trans-Kansas!  No wonder Caitlyn Jenner is for Cruz!

US vs. Russia: Watch These Two Military Recruitment Videos and You'll Quickly See Why We're 'So Screwed'
Townhall
'Yeah, THAT'S the ticket!' Jon Lovitz takes on HORDE of STUPID after sharing story of Canadian man bragging about NOT working because govt pays him
Twitchy
Jen Psaki Gives Insulting Answer When Asked Why White House Has 'Shifted Tone' on Gas Crisis
Redstate
Insanity Wrap #206: The Left Loves Nothing Like Women-Oppressing, Gay-Murdering Terrorists
PJ Media