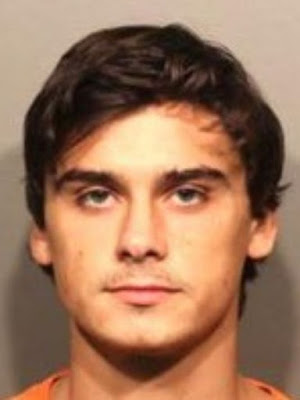 I have no idea if Mr. Ballinger is actually guilty of these charges or not.  Legally he is presumed innocent.  But if accusations are made by one student against another of serious crimes, an investigation and prosecution by law enforcement authorities (if deemed warranted) is the way it should be done. A lot of the success of this depends on the good faith of prosecutors.

Secret administrative tribunals or media stunts facilitated with faculty support are not the way to go.  And then there are flat out fabricated lies that a certain reporter and magazine shameless published and promoted.

I assume if this story above has any factual legs, Feminists (and Democrats) will make an issue of it.

TOM: Feminism, a problem not a solution. Here is the problem I have with feminists, they lie.  If Wolfgang Ballinger actually acted as alleged against some co-ed at Cornell, he deserves to be prosecuted and convicted. That ultimately turns on the facts and evidence and the decision of a jury in Ithaca (presumably). I do not have an opinion yet on that case (other than generally wanting justice to be done) since I only have limited evidence. I assume if he has been charged there is enough to sustain those charges, subject to proof as required under the justice system.

Last night I watched Gloria Steinem on Bill Maher’s show (I watched it because I wanted to catch the segment with P.J. O’Rourke). Maher asked her about Feminism taking on Islam. Steinem’s contemptible answer is she has a problem with “monotheism.”  Of course, so does Bill Maher, but there was very little follow up.  Steinem made the audacious and completely false contention that Feminism is taking on Islam. Really?  Where?  In Cologne?  In Sweden?  In Great Britain with the abuse of young girls in Rotherham?  Look what is happening in Europe?No “good deed” goes unpunished. And Feminism is resisting this? Maybe in a very limited sense, but over all that is nonsense. Gloria Steinem continues to blather about “monotheism” while enjoying the benefits of western civilization (which is heavily influenced by Judeo-Christian monotheism) that allow her to opine without violent retribution. Not all societies influenced by monotheism are the same.

Maetenloch: What if these refugees are not just ignorant savages?