The Democrats and GOP Establishment Have Chosen Their Destructor 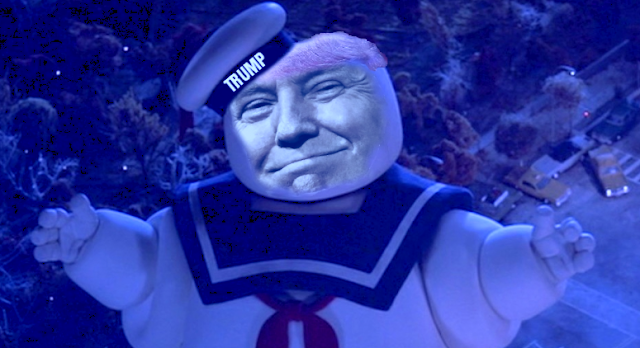 On immigration policy, party elders were caught completely by surprise. Even canny operators like Ted Cruz didn’t appreciate the depth of voter anger on the subject. And why would they? If you live in an affluent ZIP code, it’s hard to see a downside to mass low-wage immigration. Your kids don’t go to public school. You don’t take the bus or use the emergency room for health care. No immigrant is competing for your job. (The day Hondurans start getting hired as green energy lobbyists is the day my neighbors become nativists.) Plus, you get cheap servants, and get to feel welcoming and virtuous while paying them less per hour than your kids make at a summer job on Nantucket. It’s all good.

Tucker Carson’s right (and I agree with Ace, it’s a hell of a piece). And he is not saying Donald Trump’s policies are right (Personally, I’m not sure what exactly Trump’s policies really are–they tend to shift). But emotionally (and that is what’s driving this) Donald Trump is the response to two terms of Barack Obama and a lot of hypocrisy and self delusion by pundits on the conservative right.  There is a lot of frustration out there…
Is Trump going to win the Iowa caucuses? It looks like it. Ted Cruz really needs to win Iowa (and I am pulling for Ted). This is a state Trump should not be competitive in, yet he is leading. Polls are notorious off there (I suspect that is mostly due to Iowans messing with callers), rumors are Trump does not have a great GOTV organization, but my guess is Trump is going to do well.
Trump’s media reactions are a lot more thought out than people give him credit for (although Mark Halprin admits Trump is taking risks, anticipating and adjusting as he goes along). The reason Trump is not getting as much backlash over his crazy comments is a lot of people get they are intended to be over the top statements. 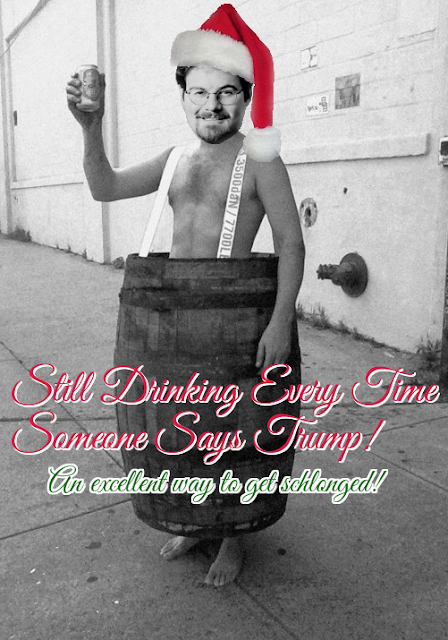 I thought this Trump thing would be over by last summer.
Jonah may self medicating for a while…

Remember when Trump attacked Charles Krauthammer and Jonah Goldberg for having the temerity of criticizing him? It seems like years ago now. I have always liked Jonah and I have nothing against Krauthammer, but Trump promoted himself by bucking the media gatekeepers on both sides of the isle. It is brilliant play given how hostile the left media has been to the right. Some of these attacks do not make sense to me (the Megyn Kelly obsession of Trump seems more like a fourth grader who likes a girl, so he goes and pulls her hair) and I agree with Mark Levin, Trump would have been in a better position than he is now if he toned down the rhetoric of destruction against his opponents. I thought his personal attacks on Ben Carson, for example, were not necessary.

Then again, maybe some of this is misdirection as DaTechGuy notes. Trump avoided this contrast, for now, although it will be certainly a lot more of this in the future (he stole this concept from Jimmy Fallon). The media will go all out to take out Trump if he is the nominee against Hillary (but that is true regardless of who the GOP nominates).

Does all of this mean that if Trump does take Iowa, New Hampshire and South Carolina, it’s over?  No. I assume this will winnow out to Cruz and Rubio challenging him (yes Jeb, it’s time for you and the other hanger ons to go). We make predictions early in the NFL season and they don’t always play out as predicted, but the Trump phenomenon is definitely real.Instapundit: The Left Have Chosen Their Destructor and Everyone Is In The Closet 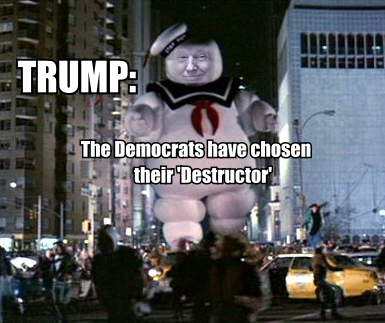 EBL: Glenn Reynolds: Liberals Have Chosen Their Destructor
Legal Insurrection: Hillary and Bernie are fighting over Iowa too
That is not global warming or a hot flash you are feeling: Hillary email controversy is heating up and it will probably keep heating up for a while… 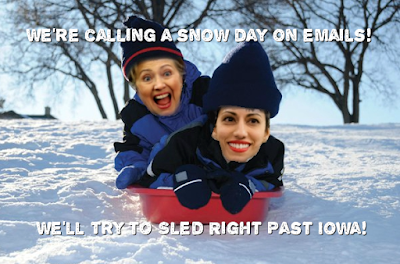 There are only so many snow days you can expect, so Hillary hopes that President Snow will rescue her…
Redstate’s streiff is right about this: One sure way to tell Hillary’s email problems are serious
Rush Limbaugh: ABC claims Trump’s doing what Limbaugh’s been doing for years? and Trump Event vs. the Debate
Share
Tweet
Register Login to Comment
TRENDING

CBC’ing What Some Call “Diversity” These Days
Lenny McAllister

The Reporter Who Broke the News About Clinton's Secret Tarmac Meeting is Dead
Townhall
Man, this is BAD: Joe Biden's presser is just a HOT MESS, especially when asked why he refuses to do a joint presser with Putin (watch)
Twitchy
Joe Biden's G7 Presser Was an Absolute Train Wreck on the World Stage
Redstate
Kamala Harris Is an Embarrassment the Media Can't Spin Away
PJ Media