Why is an extremist group like the SPLC monitoring so called extremists groups?

By evilbloggerlady | Jan 28, 2016 6:36 PM ET
Share Tweet
Share
Tweet
Let me start that I am not a fan of the Ammon Bundy Occupy Ranchers in Oregon. It’s a counter productive and stupid protest on many levels. I support many of their underlying positions. I am very sympathetic to their positions regarding federal overreach and control of these open lands in the west. I am especially sympathetic to the Hammonds, who were railroaded (in my opinion) from the get. The Hammonds, however, are not supporting the Bundy Occupy Ranchers.  Ammon Bundy, who was recently arrested, did ask the remaining protesters (who are described by NPR as militants) at the wildlife refuge to stand down (do you remember NPR describing the those protesting in Ferguson as “militants”).
As I was listening to NPR this morning and I heard some spokesman from SPLC commenting how there are rumors that LeVoy Finicum was shot with his hands up.  Wait a second: Hand Up Don’t Shoot? I don’t recall NPR acting so supportive of the police in other protests, do you? 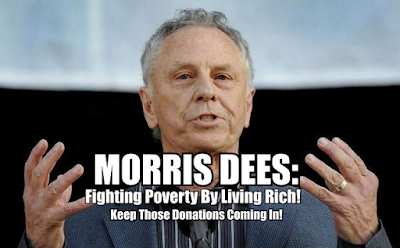 First of all we all need to point out that SPLC is (in my opinion) a lying, partisan, tax-evading scam and extremist group created primarily to enrich the lives of the leaders of the SPLC (like Morris Dees) so they can enjoy the lifestyles of the rich and famous that would make Donald Trump blush.

Second, I don’t know if the shooting of LeVoy Finicum was justified or not. I don’t have an opinion because I don’t have enough facts. Neither does SPLC.  I assume Cliven Bundy knows more via his son, but they of course have their own biases (as do the feds).  It’s speculation at this point. Donald Douglass sums it up here: show us the evidence.