Incompetent Democrats in Flint and Detroit are mostly to blame for Flint's water lead contamination problems... 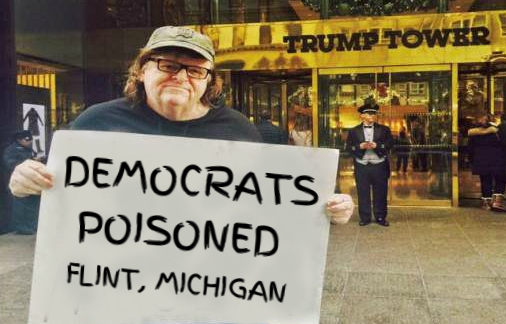 Chick at Lem’s Place links to a story that explains how Democrats in Flint’s city government, Detroit and the Michigan Department of Environmental Quality managed to poison a city…

This is a huge public health disaster. And we Americans like our big, bad disasters in black and white. We want to blame it on one bad guy and reward one good guy. We’re not real good at nuance and chains of events … especially if they clash with our political beliefs.

Every Democrat in the country is calling for Gov. Snyder’s head and blaming it on the Republican governor and his emergency financial manager law. And not only are they ignoring the guys in the black hats who actually caused the problem, they’re really ignoring the victims. Worse, they’re using them as a tool to gain a political advantage. And that’s even larger tragedy.

That’s not what Flint’s children need right now. People need to focus on them, and not on their hatred of all things Republican. 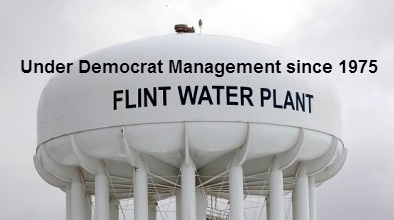 The Federalist and Dennis Sanders: Who caused this mess in the first place?

Democrats like Bernie Sanders, Hillary Clinton and Michael Moore respond typically, blaming Michigan’s Republican Governor (even though the Governor is not responsible for municipal water in Flint) for errors caused by Democrats in Flint, Detroit and the EPA.
Instapundit: Democrats ignore their own culpability by blaming the Governor and Obama’s EPA knew about his problem for a year and covered it up
Hot Air: Obama’s EPA did its job in Flint, Michigan just like it did its job contaminating rivers in Colorado!
Share
Tweet
Register Login to Comment
TRENDING