Hillary Clinton Emails: Are we heading for a Constitutional Crisis? 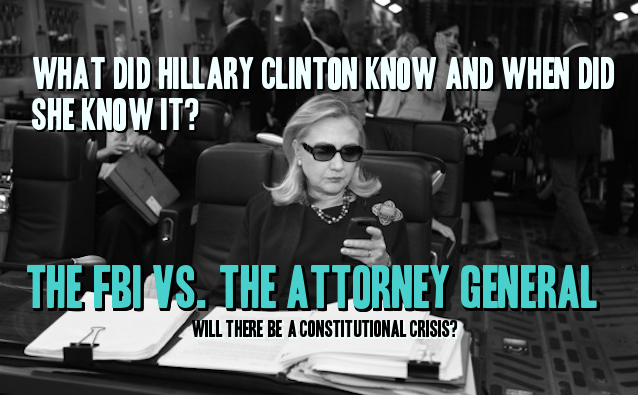 Instapundit and Don Surber: Will There Be A Show Down Between The FBI and Attorney General?

It is almost certain Barack Obama and Loretta Lynch (despite their dislike of the Clintons) will not jeopardize Democrat presidential chances. Ultimately this comes down to whether James Comey had the integrity to make this an issue and demand that a special prosecutor be appointed. Given he was the prosecutor against Martha Stewart and was a Republican who appointed and backed Patrick Fitzgerald as special prosecutor in going after Scooter Libby, you think he would be willing to do this (unlike lower level agents, he could land on his feet just fine if he goes head to head with the President and the Attorney General).

Turns out Demonizing Police Doesn’t Save Lives After All