Bribing a Senator to enact a one-sided-for-an-enemy nuclear treaty.

Associated Press……In a bid to win approval of a nuclear arms control treaty with Russia before newly energized Republicans increase their clout in the Senate, the Obama administration is offering to add billions of dollars in funding for the U.S. nuclear arsenal.

A congressional aide briefed on the proposed deal said White House officials outlined it to Republican Sen. Jon Kyl, who is seen as the key to winning enough support to ratify the New START treaty. The aide spoke on condition of anonymity because he was not authorized to comment.

Then get a few kindergarten desks in your house to dive under. 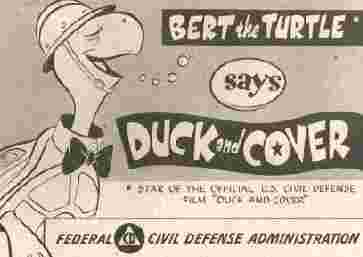 Sure…… Go ahead…… Print some more money.

We’re being set up.

Kenny Solomon
If the official long-form name of any country contains any or all uses and tenses of the words “People”, “Free” and “Democratic” then you know that nation’s government is not about or for the people, the people are not free and there is no democracy.

As Biden Goes Off-Script, White House Tech Team Cuts the Mic and Blasts Music
Townhall
Jennifer Rubin brilliantly argues that for GOP, opposing abortion 'has never been about LIFE' (and why the heck do fetuses have rights anyway?)
Twitchy
Body Cam Is out on Rittenhouse Jury Stalking and It Just Nails NBC to the Wall
Redstate
Monty Python Is the Nostradamus of Our Ridiculous Woke Times
PJ Media